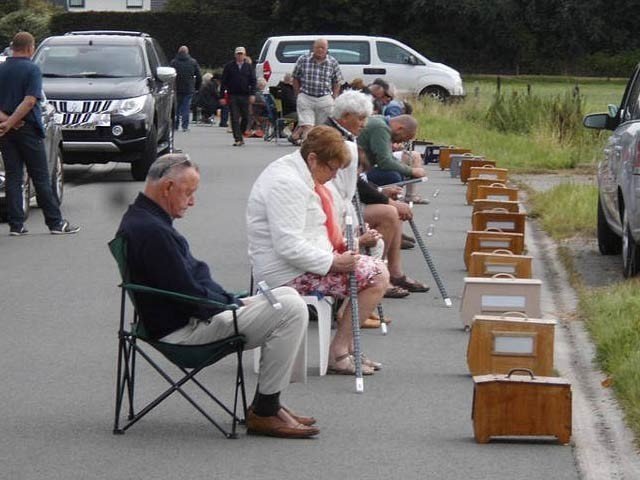 Competitions around the world usually focus on the athlete’s abilities, but a large number of people in Belgium take part in the annual bird song competition, but animal rights activists are unhappy with this competition.

The competition, also known as ‘Finch Sitting’, is attended by Dutch-speaking people in Belgium. In this game each cage is placed at a distance of six feet from the other and the owner of the bird sits in front of them. Each participant has a long wooden stick like a crack and when the bird makes its full call, it is indicated by a chalk mark.

Victory in the competition belongs to the one whose bird makes the most complete sound in an hour. But in the meantime, the competition judges keep an eye on the whole process so that no participant commit dishonesty. Although it is a strange game, it has been sharply criticized by animal and bird rights activists.

The game of hearing the sounds of birds first started dates back to the 16th century and was introduced by the ancient merchants. It then re-emerged after World War I and reached its peak in Belgium by 2007. ۔ This year, 13,000 athletes across Belgium had more than 10,000 Finch birds to compete.