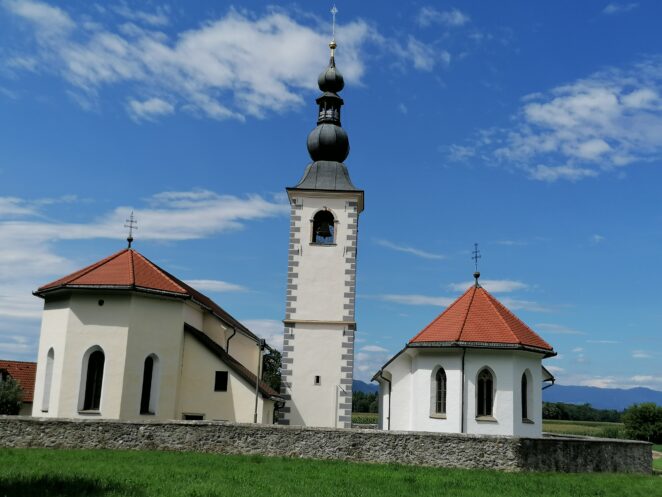 We had nice weather today after a long time so I took a little longer walk.

The path also took me past this interesting church.

Srednja vas is almost united with Šenčur. At the end of the village, there are interesting Gothic churches of St. Radegund from the 15th century, which was rebuilt in the 18th century, and lightning in 1961 revealed interesting Gothic frescoes of biblical events from 1440, and the younger St. Catherine from the 16th century with a beautifully preserved wooden ceiling. In 1998, during excavations, they found the foundations of an even older church, which is said to have been built around 1100. There are many legends about the churches.