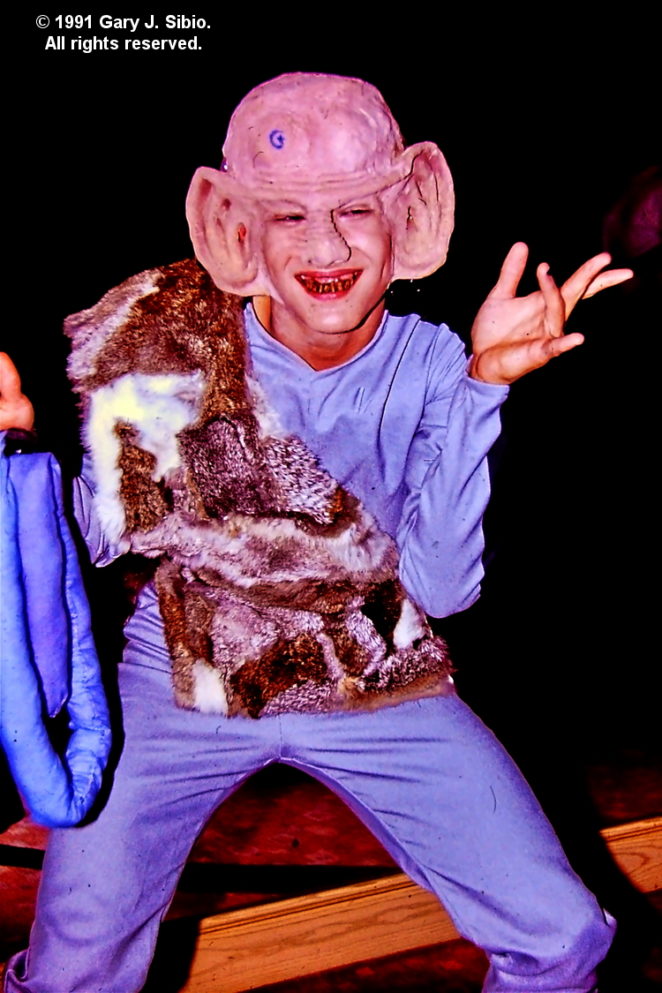 Chicon V refers to the World Science Fiction Convention for 1991. These conventions have been held almost every year since the first one in 1939. This is the fifth one to be held in Chicago hence, Chicon V.

The Ferenghis did not appear in the original Star Trek series. They were introduced in Star Trek: The Next Generation. Originally they were a violent race, the name comes from the Afghani (Pashto) word for enemy, they later became known for their business practices.

Editing was done using ACDSee Ultimate 2019. I used the SmartErase tool to get rid of a distracting line and clean up a few dust spots. Then I used Light EQ to adjust the lighting. I increased the contrast, clarity and vibrance, adjusted the levels and reduced the noise a bit.