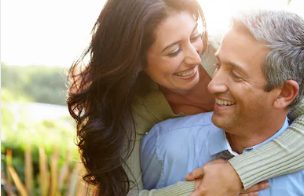 We know, old age is a gauntlet of chronic illnesses that almost no one gets through it without some deep unpleasantness. Most people who reach the upper range of the average human lifespan begin, at some point, to “collect” diseases. For the most lethal maladies of the elderly — cancer and heart disease — the relationship between disease and age and is logarithmic. As we grow older, our risk of contracting a chronic disease doesn’t just increase—it rapidly accelerates, but, apparently not so using the diabetes drug, Metformin.

A patent lawyer, Michael Cantor, would like to avoid this fate. He’s not a fanatic—not the type to haunt biohacking subreddits for self-quantification tips or take dozens of unproven anti-aging treatments in the off chance one will buy him some distance further down the dark path. Cantor is a patent lawyer with a prominent practice in West Hartford, Connecticut, where his wife is the mayor. He is willing to give Metformin a try, saying, “I don’t even like to take aspirin,”. “I’m very nervous to do anything with respect to any other kinds of drugs.” But still, if Metformin is a reasonable way to stave off death — he’d like to try it.

A decade ago, on a cycling trip in Bordeaux, Cantor met a man, a former Israeli army medic, named Nir Barzilai, and the two became friends. Barzilai, now, director of the Institute for Aging Research at the Albert Einstein College of Medicine in New York, has become a globetrotting evangelist for what is known as the “geroscience hypothesis”: the idea that if you use drugs to target the underlying biological mechanisms that drive aging, you can also delay, or even altogether prevent, the cascade of disease that accompanies the end of the typical human life.

For the past several years, an effort has been underway in the field of gerontology to get a drug targeting aging approved by the FDA, with Barzilai leading the charge. The drug in question is no new wonder pill, but a diabetes medication called Metformin: an ordinary, generic, typically chalky-white pill that costs a few pennies apiece.

Cantor was already familiar with Metformin, but not as an anti-aging remedy; he had been prescribed it by a local weight-loss clinic. Exciting further research continues…