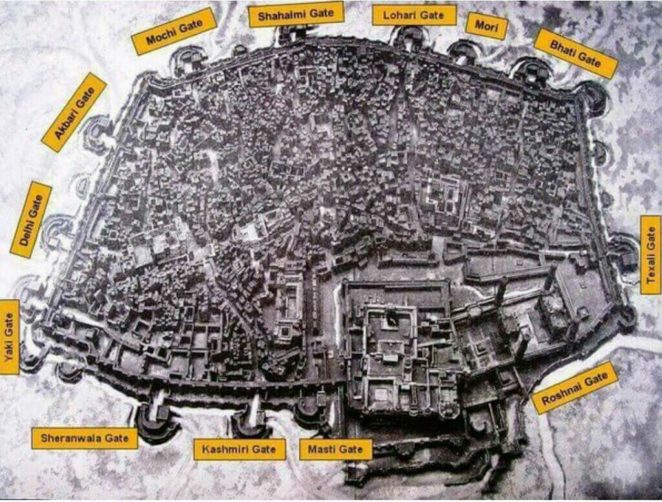 Lahore is the capital city of Punjab, Pakistan. It is the second largest city of Pakistan after Karachi with the population of approximately 12 Million people.  It is said that, Lahore was known in ancient times as Lavapuri (“City of Lava” in Sanskrit). According to Hindu legend, Lahore is named after “Lava” the son of Hindu god “Rama”.

It is an ancient city with beautiful architecture and bustling Bazaars. The tradition of buildings is centuries old in Lahore but the Moghals have contributed the most to it.

This is 300 years old picture of Lahore. The twelve gates were the only entry points into the city. The large structures on the bottom right are the Badshahi Masjid which was built in 1673 and The Lahore Fort built in 1605. This Fort was built to defend city from invaders.