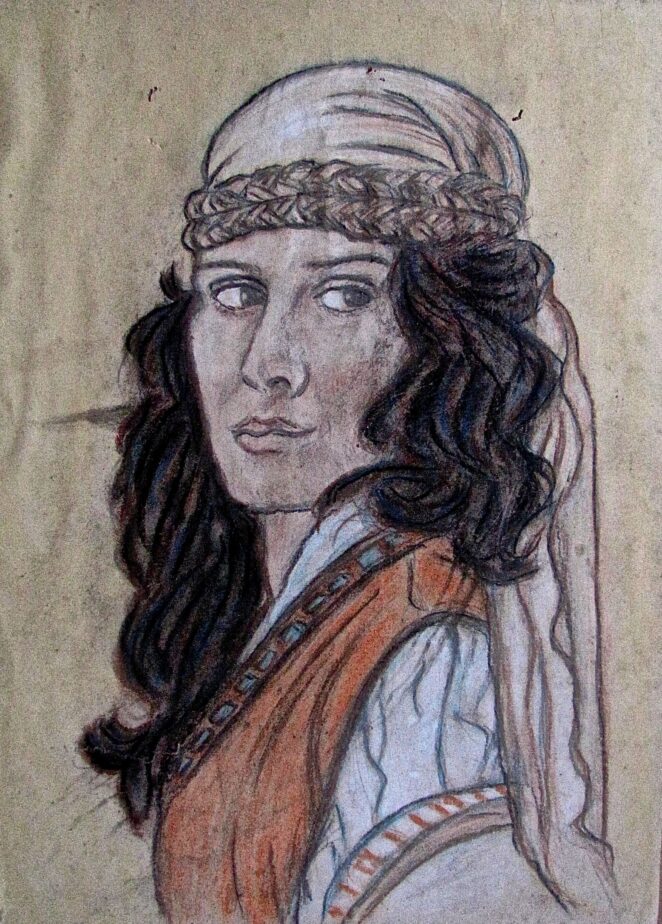 I sold this sometime last year, on the day after I received it framed.

Bathsheba was straight from King David, played by Richard Gere, and he was a great model for this character in film.

I would say, he would be good at anything he did, but Bathsheba had King Solomon as her son, said to be the wisest man in the world.

This was done some time ago by me, drawing in mixed media.