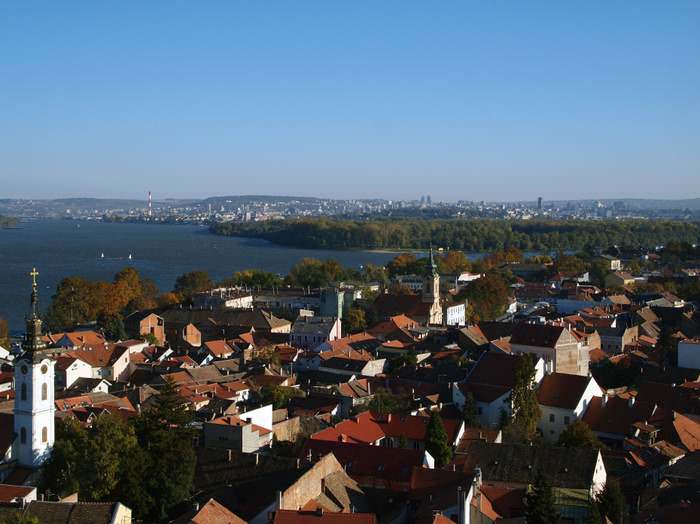 On that day, he was Thursday. With my mistake, I went to the hospital for examination 4 hours earlier.To somehow take advantage of that time, I took a bus to the nearby part of the city called Zemun, to walk along the Danube River.Zemun is one of the oldest cities in Europe. It was in Neolithic era, about 7 years ago.After the Second World War it was administratively merged to Belgrade.Even today, many Zemun citizens say that they are citizens of Zemun and not of Belgrade.My first visit was an arranged coast called Quay on the Danube River.Through the river behind those green forests there is the city of Borca where I live.There are plenty of restaurants and bars on the coast.In the picture below you see the famous Zemun tavern “Saran”In England, this is the name Carp.-fish. There are small narrow streets filled with taverns, restaurants, souvenir shops and galleries.When the “Saran” tavern goes uphill, it comes to the oldest church in Belgrade and Zemun, it is the church of St. Nicholas.It was built in 1752. It is currently being renovated.In her court I photographed an unknown grave.There are letters stating who was buried there, but they were in ancient Greek or Old Slavic, so I did not know how to read it.I walked uphill to the urban part of the city.There, in the main street, I made a photo of a theater named “Madlenium”.Then I returned to the Danube bank and drank in one restaurantdeserved coffee.I hope that you loved Zemun even though you only saw a couple of photos.