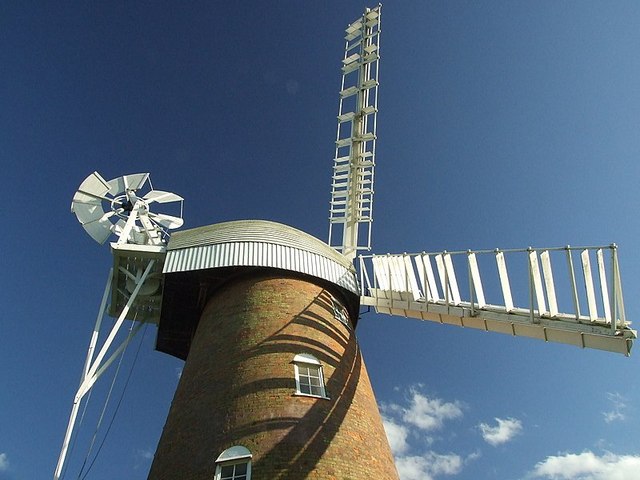 This is an account of traditional windmills that were once very common in the British countryside but are now rarely seen complete, with only a few working examples still in existence.

The British countryside is now adorned (if that is the correct word) with a new generation of windmills that stand massively, in rows and groups, turning slowly to convert wind power into electricity. However, the hills of England (and to a lesser extent Wales and Scotland) were once adorned with windmills of a different design that had another purpose. Only a few are left in working condition, but many more remain in varying states of disrepair.

The Function of Windmills

Similarly to watermills, windmills have been used for more than one function. However, their main use has traditionally been to drive machinery to grind corn into flour. With bread being the staple food in England from earliest times, the laborious process of grinding wheat grains between two circular stones was one for which a mechanical solution was always going to be welcomed.

Water power was used for this purpose from Saxon times, but one problem was that much of the corn-growing area in England, mainly the eastern half, was also relatively flat and streams and rivers flowed slowly. This is also the side of the country with less rainfall, so water power could not be guaranteed, especially during the summer when the harvest was taken in and the milling was most needed.

The windmill was introduced to England during the 12th century, probably by returning Crusaders who had seen windmills in operation in Arab lands, where they had been used since the 7th century. One thing that England was not short of was wind, and where water power failed, wind could succeed.

Windmill technology developed over the centuries as circumstances dictated, but there were generally three types that predominated:

The oldest type of windmill, it was built on a brick or trestle base that supported a massive vertical post, often a complete oak tree trunk. The mill itself was built around this post, the sails being fixed on the outside, and the whole structure would be free to revolve around the vertical axis. The miller could push the mill into position to catch the wind, using a tiller beam for this purpose. 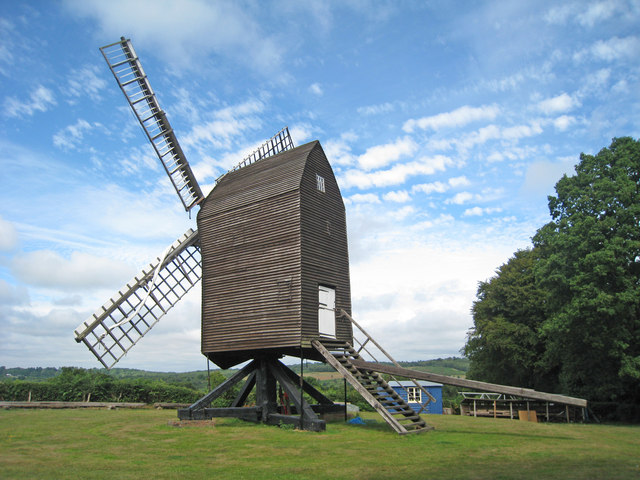 One disadvantage of this system was that, in order to keep the weight down, the mill would have to be built almost entirely of wood, and that added to the fire hazard. Mills were notorious firetraps, in that the friction of the stones rubbing together caused sparks that ignited the dry powder of the flour and then the whole mill.

Smock-mills were also largely built of wood, but the main difference from the post-mill was that only the top part of the structure, to which the sails attached, revolved. The base of the mill was usually built of brick, with wood being used for the upper portion which tapered towards the top and was thought to look like a countryman’s smock, hence the name. 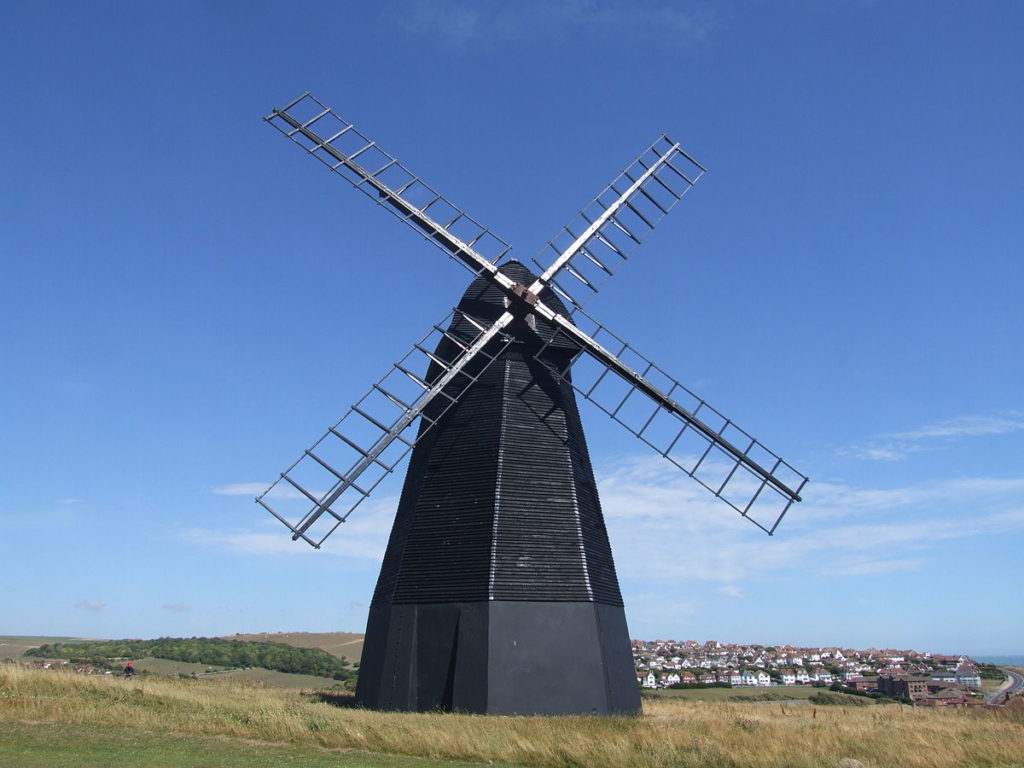 From the mid 18th-century, small fantails were added at the opposite side to the sails, so that the latter could be turned into the wind automatically.

It was possible for post-mills and smock-mills to be moved from one location to another, as they were largely wooden constructions, but this was not the case with tower-mills, which resembled lighthouses in their construction. These were brick or stone towers, round or octagonal, that tapered towards the top and could reach a considerable height. As with the smock-mill, only the topmost portion of the mill revolved. 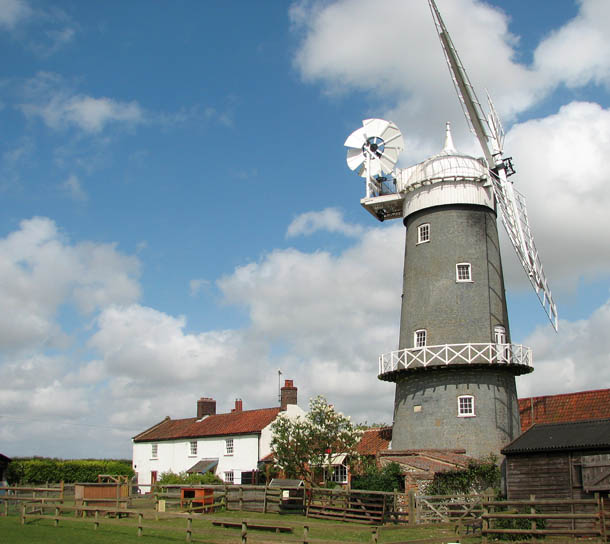 Over the centuries, various refinements were made to the machinery as well as to the architecture of windmills. These changes were made for reasons of both efficiency and safety.

The gearing mechanisms that drove the millstones were developed so that a constant milling speed could be achieved however fast the sails were turning. The ideal turning speed for the upper millstone was 150 revolutions per minute – too slow would be inefficient and too fast could be dangerous.

Sail design was refined so that the mill could work on relatively calm days as well as windy ones. For example, the sails were curved slightly, and twisted in alignment so that they would catch the wind. In early mills, canvas or sailcloth was used in such a way that it could be furled in high winds, similarly to reefing on a sailing ship. Later mills (from the late 18th century) used hinged shutters operated by a spring that would open the shutters in a high wind and slow the speed of revolution.

Although small windpumps are still used for water pumping in low-lying areas, and wind turbines now generate electricity, the original windmills fell out of use when the Industrial Revolution offered more efficient steam power and public taste moved away from stoneground flour towards the white flour obtainable from factory milling.

Many windmills can still be seen, however, with or without their sails. Only a handful are still in working order, although efforts are being made to restore a few of them. Others have been converted into dwellings but most are now in ruins, a testament to a past age.