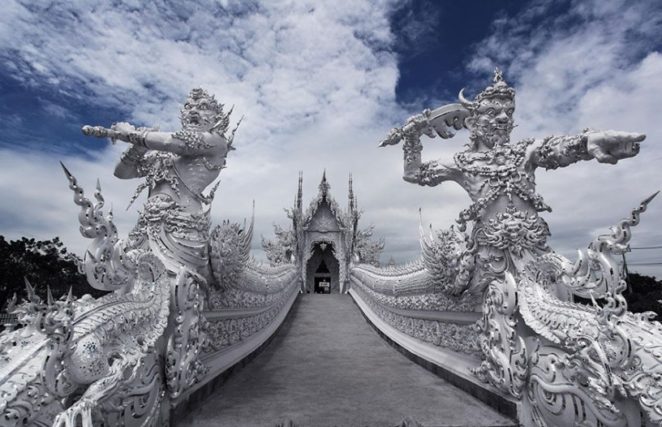 White Temple in Chiang Rai  was created by Chalermchai Khositpipat. The Temple is also better known than the White temple.

The artist Chalermchai Khositpipat started to work on the temple in 1997.

The architecture is based on Hindu Styles and Chalermchai  Khositpipat invested large amounts of his own money in building the temple.

Even in the event of his death he had instructed others to help with its completion if he died.

Here is another photo you can view. I will make an album and videos on my web site soon for you all to see.