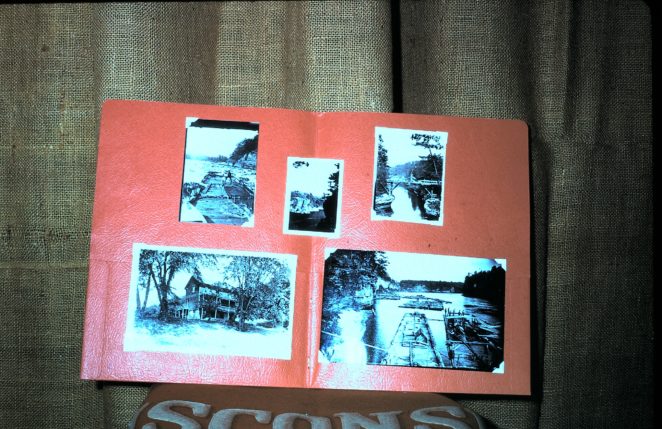 Funny when we scanned all the images my grandfather and father left they had very different styles. In part the normal separation of father and son. In part different personalities. My grandfather organized his slides into years. The entire year of slides taken contained in a box. My father often places slides into carousels by events. But didn’t always organize the rest of the slides by events, often by simply boxes. Some of the boxes were labeled.

There are four boxes called Thailand. But of course, they aren’t all of Thailand.

I love the scanned slides of the Wisconsin River. I have many pictures of the river. From floods to simply an afternoon spent along its banks. My grandfather, as I said before, loved that river. His loving recreation of the way the river was in the 1960’s is important. The river and the town (Wisconsin Dells) have changed radically since my grandparents moved to Racine around 1967. There was a dam built further north of the Dells creating the Turtle Flambeau Flowage. It reduced flooding in central Wisconsin but changed the river.

We were back in the Dells in 2011, the city is not the one I remember, but then it was 40 years ago. Funny how no matter how much time changes it stays the same. The river still flows, the town grows, and the amusement park is much bigger, but it was still Wisconsin Dells.

I also got to take the boys to the greatest breakfast restaurant ever, Paul Bunyan’s. As you can imagine, the servings are large at PB’s!