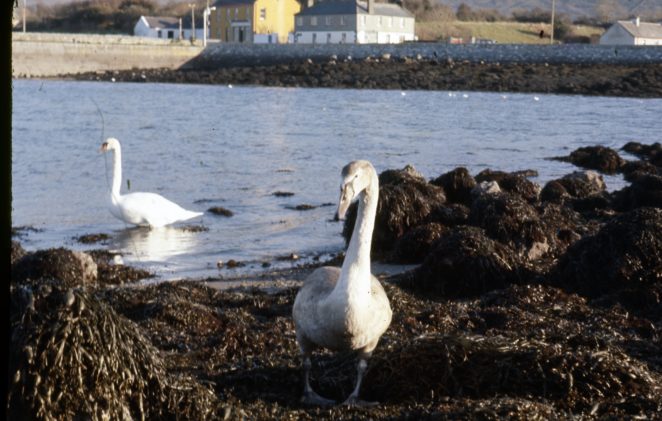 The pictures are from Ireland. Several happy memories jumble out of the pictures. My father took the Geese (and swan) pictures. He, the intrepid photographer that he was, climbed the low tide rocks to get close to the geese. Too close, in fact, and there was dad, running, jumping, running, trying to get away from a very angry goose. I want to say that as a young child, I was worried about my father. But I don’t want to mislead you. I was laughing! It was hilarious to see him trying to avoid slipping on rocks, dropping his camera, and of course, avoid being nipped by a goose. It is my happiest memory of my first trip to, and the opportunity to experience the Emerald Isle.

The second part is interesting, as well. I have a Swiss Army knife that I bought in the Irish Duty-Free shop, Shannon International Airport. That knife was used to cut cheese, bread and open bottles of wine. That knife traveled with me, although never in my carry on bag, from Ireland to Bangkok and then back to the US. That was back in the days when you could have a knife, but my father felt that it was a bad idea to take a knife onto the plane. He was often ahead of the times. That knife is a huge memory for me. Today, it sits on my desk. It was painted from a painting project on it. The belt clip is bent. The scissors stopped working about ten years ago. But I still have that knife!

The last memory I have of Ireland is my father getting up early in the morning and going to the harbor in Galway. Dad brought home scallops and mom made them for dinner. I had never had scallops until that point. I didn’t, much like fish then. The fish in Indiana were either fishy tasty or catfish. I like catfish and back then, I also liked fish at Long John Silvers restaurant. But normally I didn’t eat seafood. The experience was started in Ireland with scallops. I found that not only do I love seafood but to this day, I will always choose fresh seafood.  Those are the three memories that jumble out of me as I look at the pictures and memories they contain. Tomorrow isn’t promised, but yesterday is always there.

This is the last picture in a series. The geese chased my father after this! 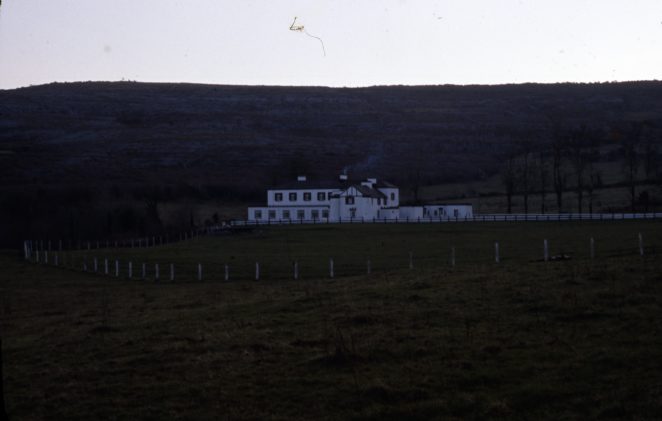 in the distance as the sun sets around us... 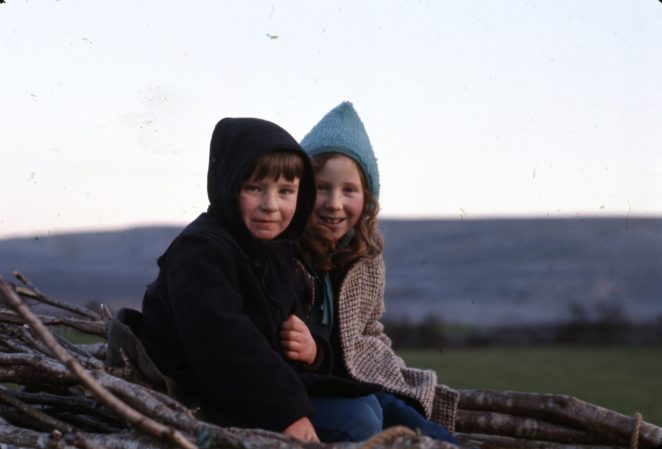 A couple of Irish lads... 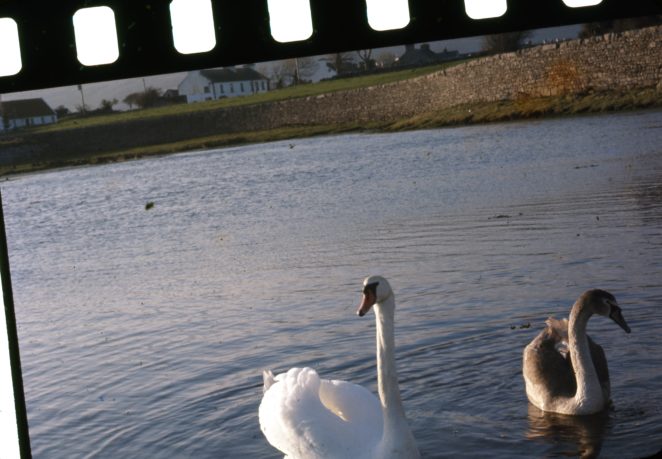 a little further away, but this one is before the other picture.