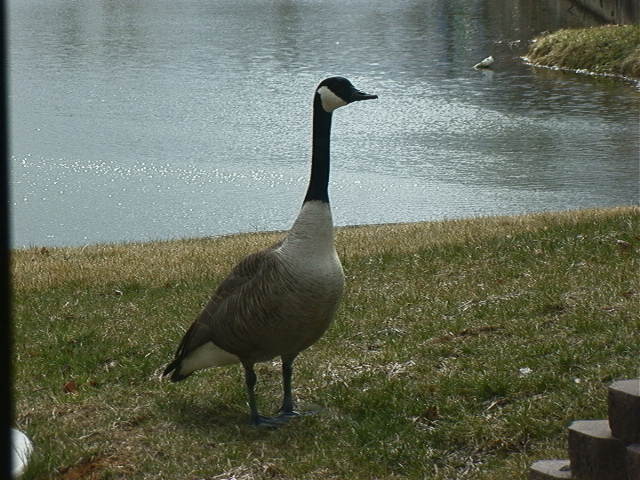 A gooseneck has two meanings. One is a flexible system you can use to move around an object. The other attached a goose’s body to its head. Today, the second gooseneck not the first. The geese in our pond back then were so confident I could get close. The geese often walked up the hill around the lake. They did not often wander up as far as this goose did. He or she was quite interested in seeing what the humans were doing. It was a cold day, March, in fact, and the goose was preparing to exit with his or her brothers and sisters. In March we were no longer the destination, We were in March the waypoint on the way further north.

Geese like colder weather and fly with the polar vortex or the Candian Clipper south for the winter. But their south is still cold, just not as severe as the freezing air of Canda where we have a high of temperatures that don’t rise above 0. They would arrive in our part of the world in October or November, and sitting on the frozen pond would leave in March and head north. We were their winter wonderland. We were their warmer weather paradise. We were the land where the winds didn’t whip the wind chill numbers into double digits (-20 windchill is cold). I often took pictures of the Geese huddled on the Ice of the pond, wondering why they didn’t just fly further south.

Why not to Cancun. That is what I would do given a chance. Fly south with the first snow, and stay on the beautiful warm beach, waiting for the storm to melt. I was then returning to where I had started. It seems that nature is robbing Geese of spring break. It is robbing them of Mai Tais on the beach or the chance to wear straw hats and relax on beach chairs. Perhaps they only want to fly 1200 miles, not 2000 or more miles. Or, maybe they stay in Indiana because, unlike Louisiana or Florida, you don’t have to worry about alligators in ponds. You have to worry about Alligator snapping turtles, but the move slow, and when the lake is covered in Ice, Alligator Snapping turtles are sleeping.

Why don’t geese fly to Cancun? 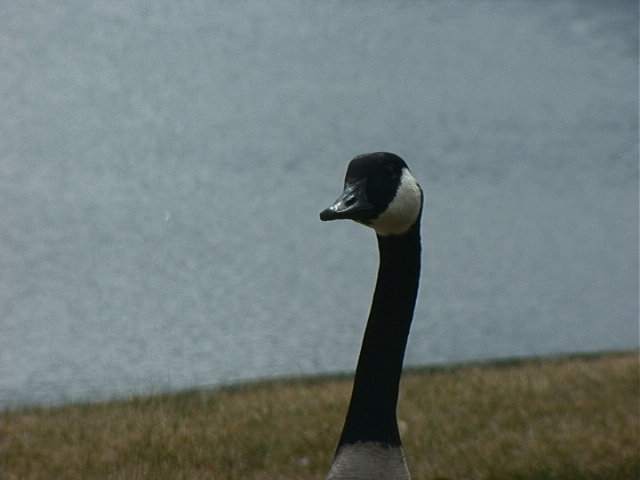 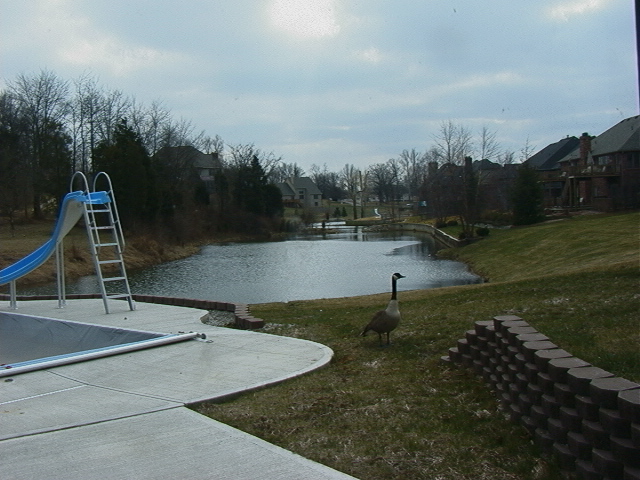 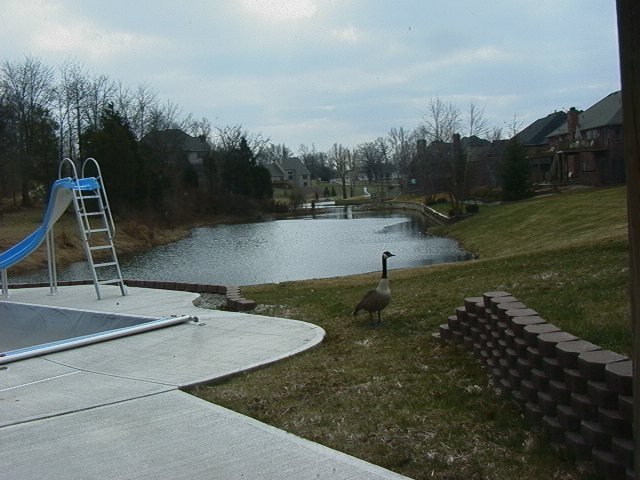 yo dude, open the pool i want to swim