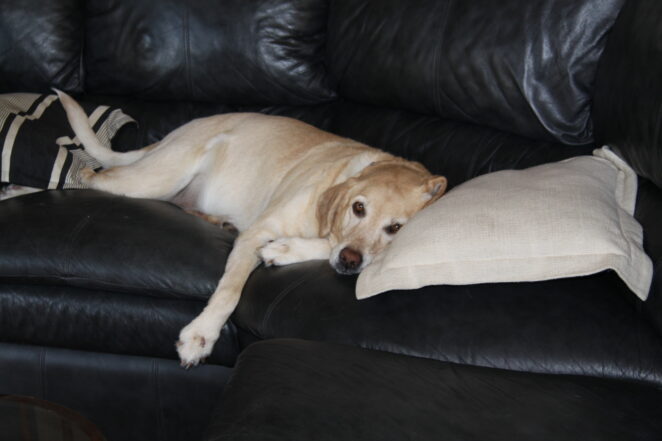 I start today with a first and the last picture that is gone now. The first picture is of Fran. Fran was my daughter’s BFF for 14 years. The two of them were thick as thieves. The question, of course, always being, are thieves thick? I don’t know many thieves, so I cannot verify that they are thick. Fran was still where our daughter was. Due to issues with sharing food, Fran was not invited to participate in Easter. So during the egg collection process Fran just sacked out on the couch. Actually given the opportunity, Fran sacked out on the couch. Christmas day, birthdays, Easter, it didn’t matter Fran was sacked out on the couch. It was centrally located and close enough to hear people in the kitchen!

The next two pictures are of the celebration that was finding eggs. I have and continue to make a point of the importance of seeing all organic material in a timely fashion. Finding candy a year, or two years later, isn’t suitable for anyone. The 2nd picture shared today is of the innocents. I called them the innocents because when they reached the age they were in the film, their favorite phrase was “I didn’t do it.” I suspect given any series of events in the house, good or bad, asking the question resulted in the answer, “I didn’t do it.” As a parent, I worked for a while to break that habit and finally did. I started asking for excellent and bad questions in the same voice.

Then, if it was good, I could say too bad, to the I didn’t do it, I was going to give you five bucks. Or I will find out who did it then. Asking the other two usually resulted in the revelation of who did it, eventually. The last picture is of the backyard and pond where we lived in Indiana. That house now eight years in the past and fading fast. We were there for 11 years. Easter evolves when you have small, then medium, and finally adult children around. So we begin today with a picture that isn’t possible now (Fran passed away six years ago) and a picture of a place that isn’t (for us at least) a place we can or will go to.  Happy Easter for those who celebrate today, and happy Palm Sunday for those a week away. Have a great day for those who do not celebrate!

that bunny is fast I am exhausted 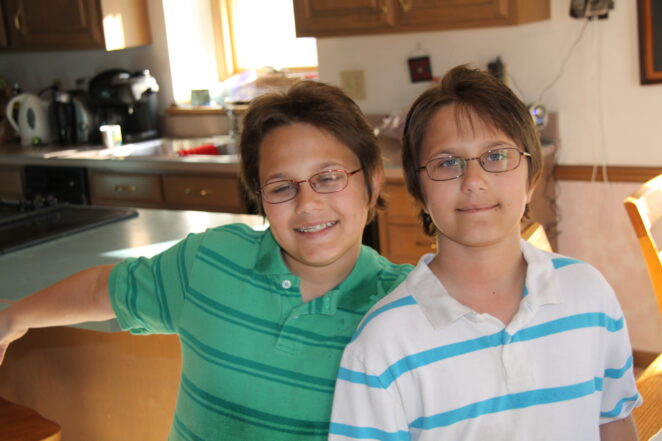 we are not up to anything, we promise. 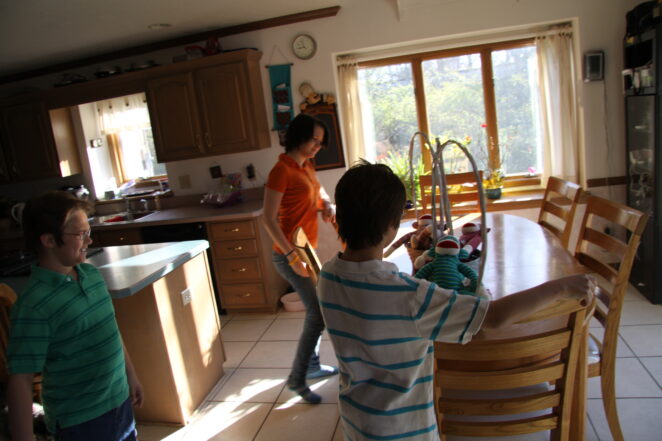 so we found 11 eggs how many did you hide? 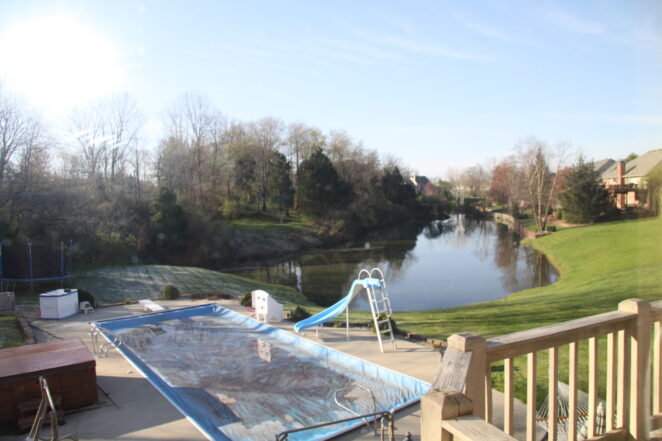