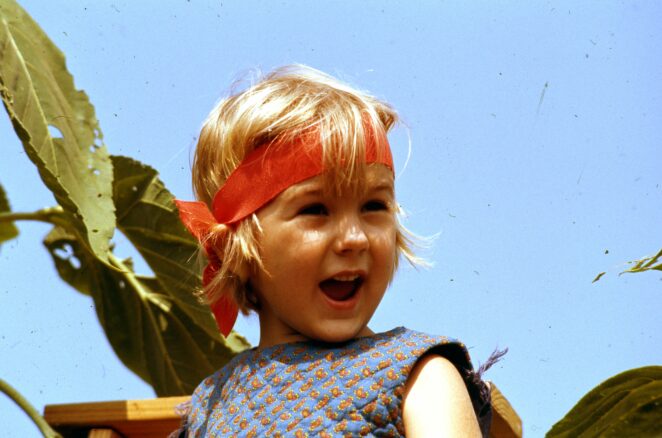 All pictures today were taken by my father. They range between 35 and 40 years old. When we left Chicago, we were heading to Graduate Student housing, and our dog, Anna Banana (a dachshund), could not go with us. They didn’t allow pets in the old army barracks that we would be living in. We didn’t have a dog for about three years, and my sister and I, when we moved out of student housing to a house, were a little nervous about dogs. So mom and dad decided we needed a family dog. We ended deciding first on a Collie. We named him a proper Scottish name MacGregor. Mac lived with us for three years. I have shared the sad end to the story with MacGregor dying.

We added Phoebe to our family after Mac. She was a Newfoundland. From the get-go, she was all about taking care of my little sister. You see in the picture shared today the three of Phoebe and us. When we were away from the house, Phoebe would always be near my little sister.  My favorite memory of Phoebe was her swimming behind the Canoe. My dad and mom would put my little sister in the Canoe, and Phoebe would hop into the water and swim behind the Canoe. She was making sure my parents didn’t drop my sister in the water.  But the concept today was not about a dog, nor was it about the time when I was younger, and we live to don the South Side of Bloomington, Indiana.

Instead, today, I wanted to wander a little within. To the feeling, all of us have from time to time, that there is more that could be done. I have read some sad news posts, and I am worried about several people I know on various sites. I suspect today and tomorrow, next week, and so on will be tough times for them, and I felt terrible that I can do little but say I will listen. That is the first, and the best thing we can do for people is to say I will listen simply. Until that person violates the concept of communication, listening is always the best thing we can do. I hear the pain. I am here to listen, if I can do anything, please let me know. But know that no matter what, I will listen. 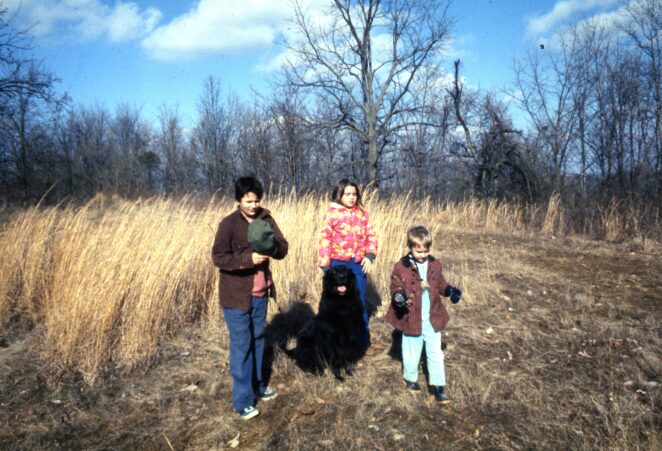 that is the crew - with Phoebe, who was our second mom 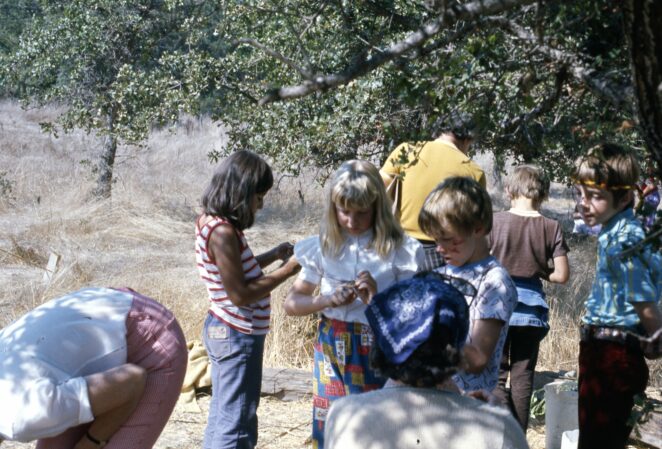 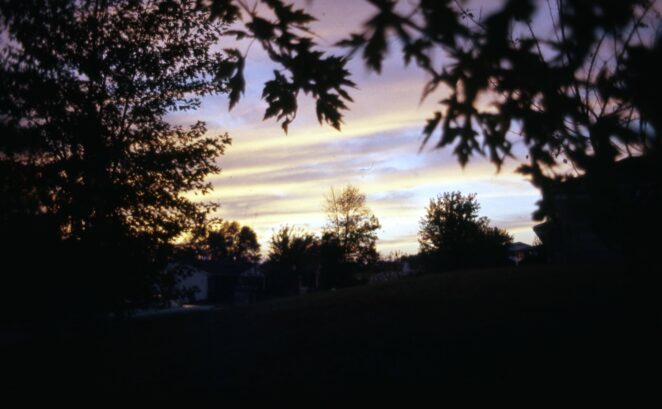