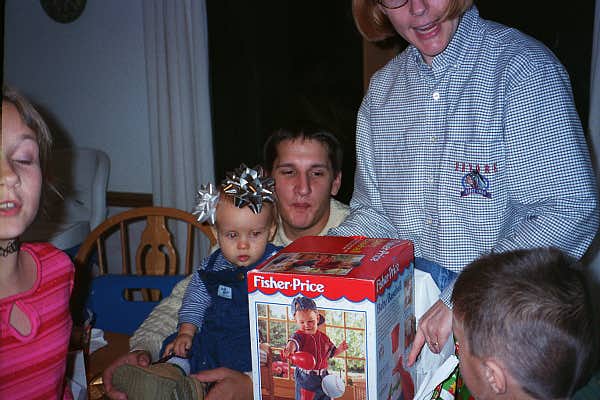 How do you move a house? Not, by the way a home built to be moved. There is a US company called National Homes. They make modular houses. That means that they built the house as two halves, and the builder then, when installing the home, literally slides the two halves together, and the house is done.  It is called manufactured housing. The pictures today, however, are not of one of those manufactured homes. It is of a house that was cut in half. But it was not built in two halves. In fact, this was the farmhouse that was built many years ago (120 years old by the time of the pictures on the road, 130 years plus now, because the images are more than ten years old).

The farmhouse that once nestled on the hill so that farmer could see their livestock and crops. Indiana has a long tradition of doing better with Limestone farming than traditional farming. Many of the original settlers in Indiana ended up moving further west. In the river areas and the northern part of the state, they are known for growing two things. Near Evansville and Vincnesses, they grow perfect watermelon and what is called muskmelon (Cantelope is the other name). In the Northern part of the state, they become delicious tomatoes. But south of the US that runs through the center of Indianapolis, the land is hilly. Very hilly, the last glacier pushed dirt from Northern Indiana to southern Indiana.

We are leaving southern Indiana with hills making it hard to farm. So people arrived in the late 1700s and have been going ever since. Indiana suffers from what is called Brain drain (people grow up in the state, get a degree, and leave). But that is not the impact nor direction of this story. Now we are talking about cutting a 100 plus-year-old farmhouse in half and moving it on the roads. They raised the house and disconnected all the utilities (sewer, water, gas, and electricity). Then with the house lifted, they slipped the two trailers under the halves of the house. Then they cut the house in half and pulled ½ a home at a time, down a hill, up a mountain and roughly 4 miles to its new locations.

How do you move a house? Carefully!!! 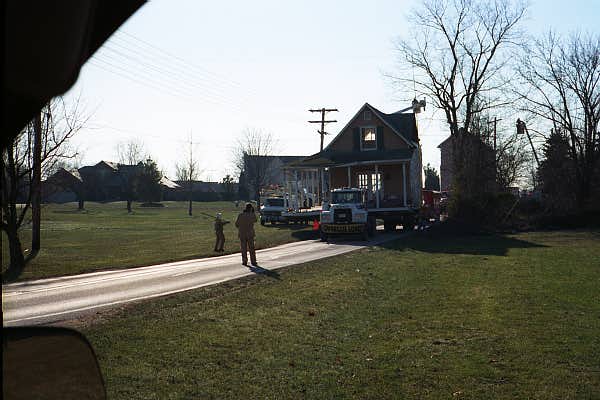 how do you move a house? 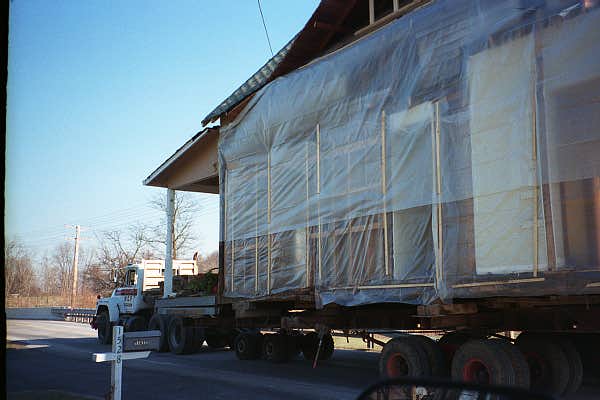 as in pick it up and move it? 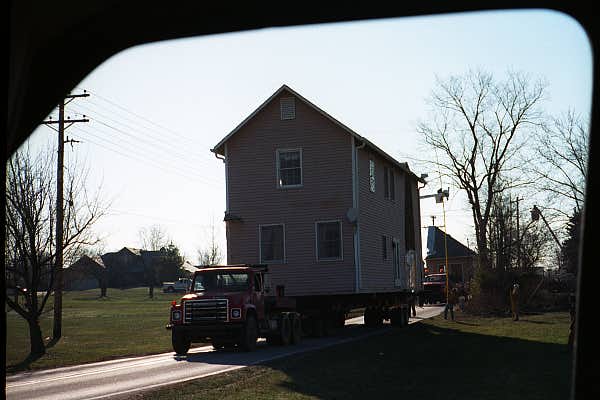