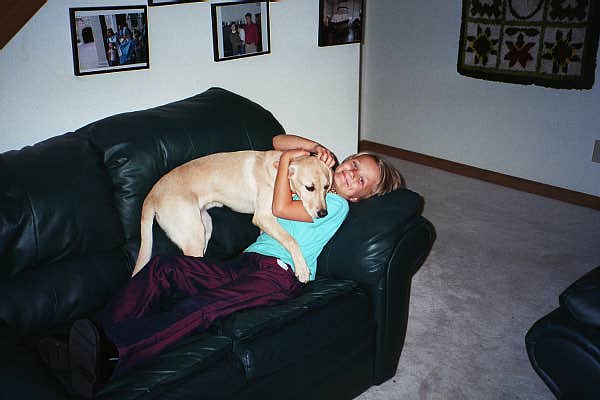 We are continually looking at pictures taken by my wife. To remind people of the BFFs, I have shared several pictures of Fran and our daughter, occupying a small space. The reason I am pointing out this first picture is that we have a lot of pictures of the two of them together. My wife took this picture of the two of them. It is funny how dogs enter your family and then slowly take over. Not that they are forcing their way in, you begin to natively modify your life so that the dogs are part of everything you do as a family.  When the twins wanted to get a dog, the rule was they had to agree to walk the dog every single day. That changed the dynamics considerably.

The other three pictures are from a behind the scenes event at the Indianapolis Zoo. The company I worked for at the time, actually donated a lot of things to the Zoo. In making that donation, we got to do a couple of behind the scenes events at the Zoo. Behind the scenes, in this case, was to the new dolphin exhibit before it was going to be opened to the public.  Over the years, we went to several special events hosted by the various companies we worked for. In Cincinnati, we often went to events that my wife’s company hosted. We went to events hosted by the companies I worked for as well. It is part of the “perks” of a job that you go to various events.

My favorite was getting to take my daughter to Riverfront Stadium in Cincinnati, Ohio, to watch a baseball game. My daughter is not a “sportsball” fan as she and the twins call any sports I like to watch. But she came with me anyway and enjoyed sitting in the Luxury box and having hotdogs and other food. She remembers the hotdogs, not the game. Not, mind you that these special events ever replaced the hours, days, and weeks I was away from home. They were just an opportunity to have some fun as a unit! I am going to continue the series of sharing my wife’s pictures for the next couple of days. I have about 30 Kodiak picture disks that she took over the years! 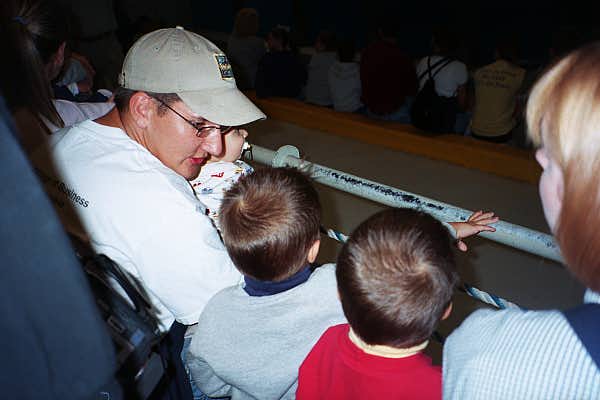 hanging out at the zoo with some friends! 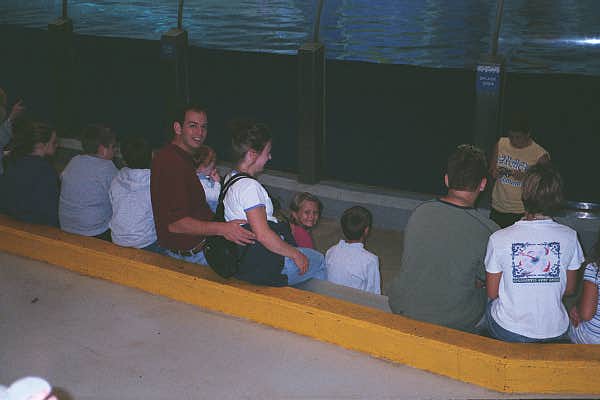 at the dolphin exhibit and taking pictures! 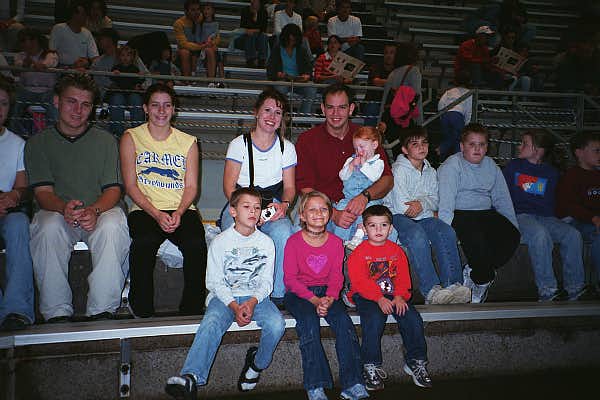 work crew at the zoo!