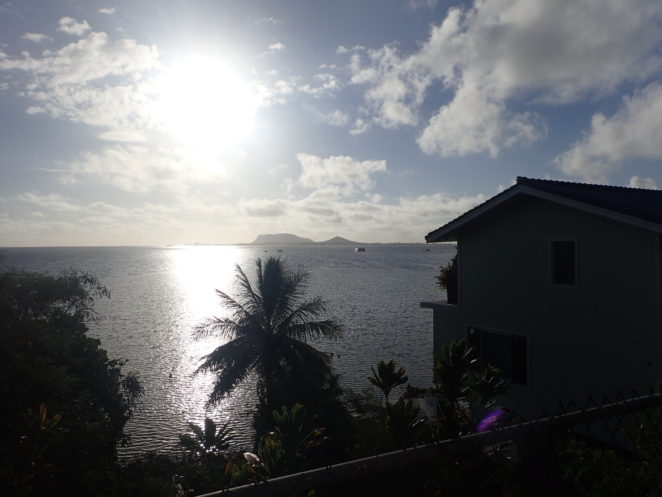 Aloha Stadium is located on Oahu, in the city of Honolulu. It is an iconic stadium. For many years the University of Hawaii has played their home football games in the stadium. The last picture today is of one of the stands at the flea market. For tourists, I think it is more known as the third place. There is a flea market that circles the stadium when football is out of season (anytime from November to August). On the first day in Hawaii, the girls (my sisters, mother, nieces, our daughter, and wife) went to the flea market to get t-shirts and see the other things that were there. The twins and I were on our own and we were in search of Loco Moco. We, the twins and I, had watched a show on Hawaiin food and had seen Loco Moco.

Loco Moco is rice with a hamburger patty on top, covered by a fried egg and then smothered in brown gravy.  The reason this story came up for me today was that we found Loco Moco at the Jimm Buffet restaurant right on Waikiki Beach! Ghostwriter shared a bunch of Buffet songs, and it reminded me of walking along Waikiki beach in the morning, looking for Loco Moco.  It is funny sometimes what triggers a memory. We spent the first night, before getting on the cruise ship in Oahu, just off the famous Waikiki Beach. The hotel was ok, not epic, but we didn’t care. We were about to head off to the Norweigan Cruise lines Island Hopper cruise. Over the next eight days, we would visit 7 of the Hawaiin Islands!

The night before, after arriving, we had all walked Waikiki beach. The Cruise ship was available for boarding around 3 pm which is why the girls took off for the flea market and the twins and I had time to have Loco Moco. We would have the delight a couple of more times in the following time in Hawaii. But the first time was just the three of us.  After breakfast, we went back to the hotel via the beach. We did manage to walk the beach twice that morning.  The twins were less impressed than I was, but I am not sure they had heard of the beach as much as I had. They have, by now, but then they hadn’t heard much of Waikiki beach. We hit the hotel and packed our bags. We had a mini-van coming to take us to the dock for the Cruise Ship and we waited downstairs for a while until the van arrived! 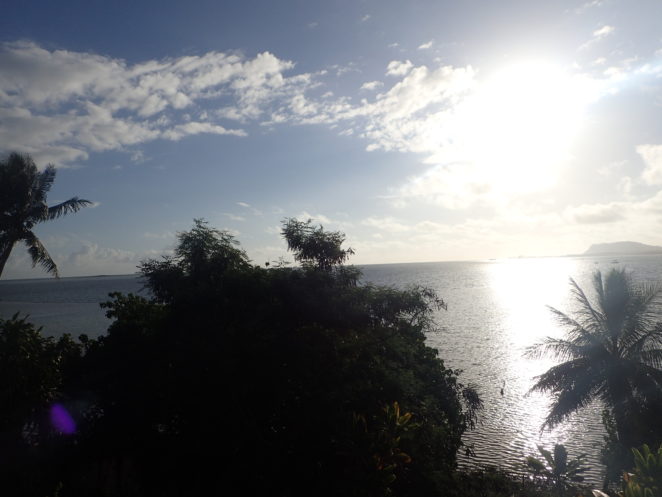 light on water is a delight! 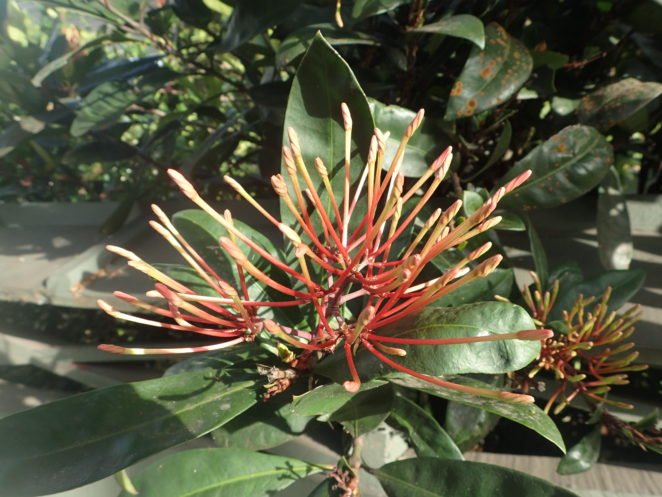 i love taking pictures of flowers! 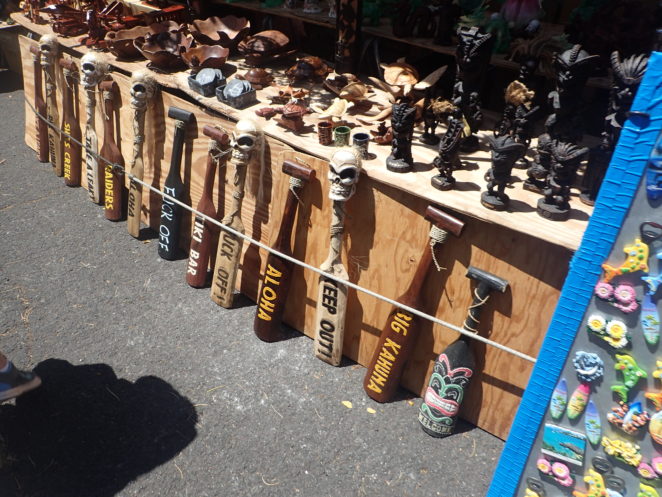 outside of Aloha stadium there is a giant flea market!