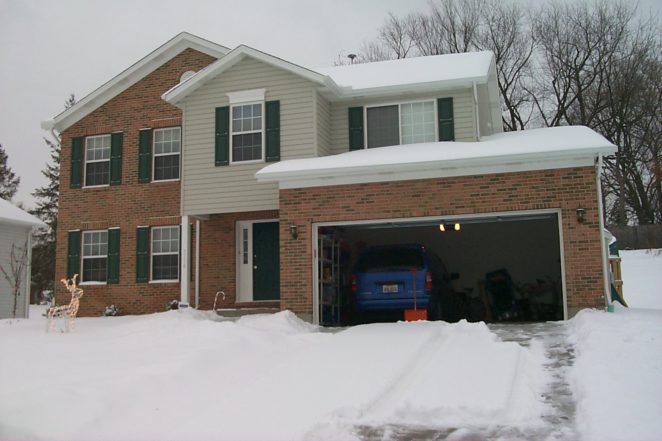 “It is not how far you fall, but how high you bounce,” Someone told me that once and at the time I thought it was cool the more I get older and look back at what once was, the more I realize the fall is what gets you in the end. When I was four, five or six falling was nothing. Now when I fall things hurt for weeks, months and in some cases more than a year after the fall. Nostalgia is something the family history project brings up.

We lived in four places in Cincinnati Ohio from 1991 to 1999. We lived in the city of Fairfield, the city of Maineville and then within the limits of Cincinnati itself in Western Hills and Mt. Airy. All three kids were born in Cincinnati Ohio. All three actually in the city limits of the city. The images today are from the winter of 1998 to 1999. The year we would eventually move to Greenwood Indiana. We had just built and moved into our new house in Mt. Airy.

I miss parts of Cincinnati Ohio. I miss the friends I had. Two of the worst managers I have ever come across and two of the best managers I have ever had the pleasure to work for were part of my professional life in Cincinnati. The worst manager ever actually was someone I worked for in Cincinnati. He was dishonest and ultimately because of that he has managed to get promoted a number of times. But I also had a great manager working at The Future Now. I regret leaving TFN because ultimately it was leaving that manager. I did manage to transfer to my new company and a great manager for my first couple of years. That sadly wouldn’t last!