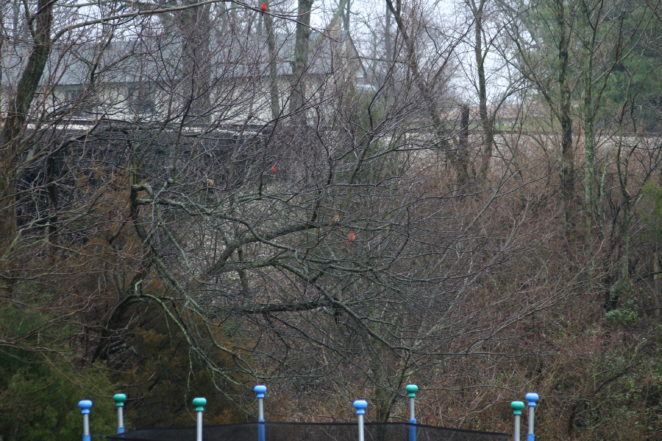 The state bird of Indiana in the United States is the Cardinal. The Cardinal is also the name, adding an s of my all-time least favorite US Baseball team (The St. Lous Cardinals). But today’s post is pictures from our house in Indiana. These pictures were taken between 9-10 years ago. They were taken from the back deck of our house, that butted up to the kitchen. I could not tell you what camera I was using at that time. The pictures start with a view of a Cardinal in a tree. We had many Cardinal next and momma and papa Cardinals in our back yard. Not that we ever thought they were pests, just that there were many of them. We kept the bird feeders full!

The railroad track was on the other side of the small hill the trees were on. Nobody mowed back in that area, so it was thick with cover for the birds. Cardinals are two distinct colors. The male is bright red. By bright, you can see how bright the pictures. I was never closer than about20 feet to the Cardinals but, of course, was able to use the zoom capacity to get a little closer digitally. Since the railroad track ran the length of our side yard (from the trestle that crossed the pond, to the starting point of our neighbor’s yard), we often enjoyed many Cardinals. The primary Predator for the Cardinals in our neighborhood was the neighborhood cats.

But, with dogs in our yard that had a dog door, the cats tended to stay away.  We would see between 10-12 Cardinal nests along the edge of our side yard. They didn’t even mind the daily coal train that rolled along the tracks.  The cola train would run twice a day, around 9 in the morning and then again around 3 or 4 in the afternoon. The coal train was bound for the Indianapolis Power and LIight company power plant that was about 10 miles from our house. We had a backyard built for kids, so we were often out seeing the Cardinals. The other Carindale, from St. Louis, was never near my house. They were on the TV when they played the Cubs, but no one rooted for those Carindlas in our house!

can you see the cardinal? 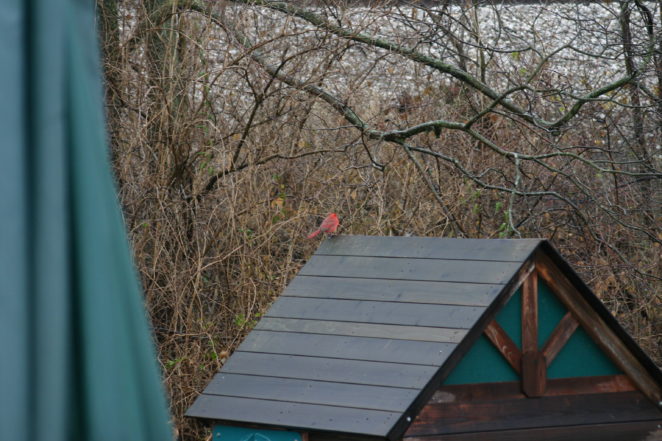 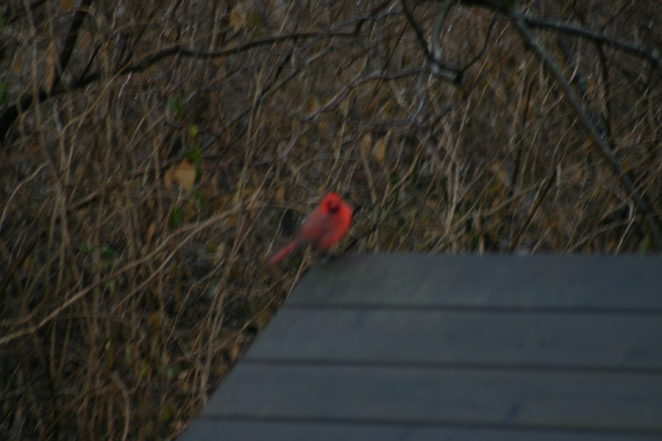 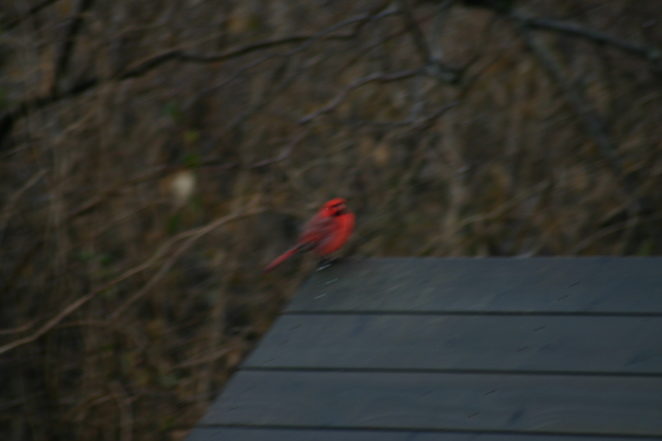 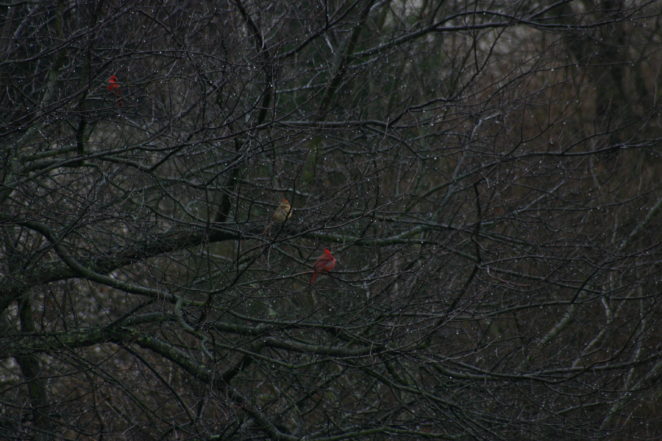 back in the tree