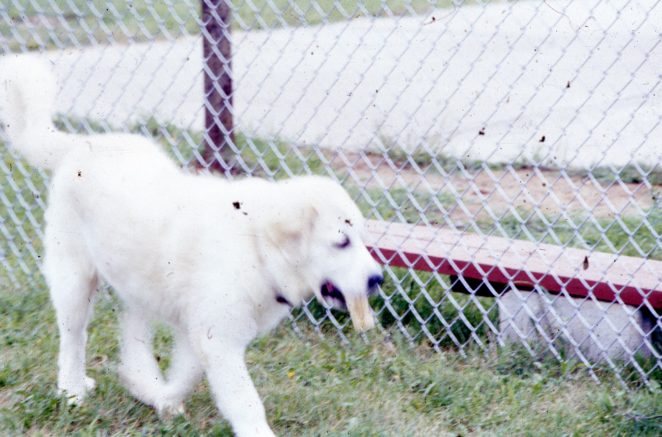 When we returned from Thailand, we decided to add a second dog to our family. We had the wonderful Newfoundland, Phobe Kuma, and wanted another big dog. We finally decide on getting a Great Pyrenees. Prys is white, Newfs are black. We figured that was a great contrast for the back yard. The first couple of pictures today are fo Frosty. I want to say that Frosty joining our family was always good. It was tough. Frosty, came from a place in Wisconsin. We went to pick her up, and we had to pick up dad at O’Hare airport. Dad had been out of the country, and we were going to pick Frosty up, drive into Chicago beltway, and then pick dad up.

Frosty laid in the back window of the Sedan we had then. She also threw up mud. Well, she threw up, it was mostly dirt and dirt in a dogs stomach becomes mud.  Frosty wasn’t always the most stable dog. Later in life, she would no longer accept fences… But at the time, she was our cute puppy. Early on in her joining our family, she started carrying the bone around like a cigar. We often said she was smoking the bone. She literally would walk around the back yard with the bone in her mouth.  She and Phoebe got along well. But Phoebe was a mellow dog. She would, on occasion, break my mothers’ rules, but not very often. Frosty, on the other hand, was very high strung.

The 3rd picture is of my much younger sister and Frosty. The last picture is of the Conteintetial divide. The Continental Divide is an imaginary line drawn in the US Rockey Mountains. All water that falls on the eastern half flows towards the Mississippi River. All the water that falls on the western side heads to the Pacific Ocean. The picture has me, my mother, and both my sisters posed for the sign. I suspect dad would be taken a picture of just the sign and been happy. My mother was usually the one that asked him to add the kids to the pictures. I know how dad felt; my wife often makes me include humans in sign pictures. That picture is a great one though, for the family memories!

frosty, she carried that bone everywhere! 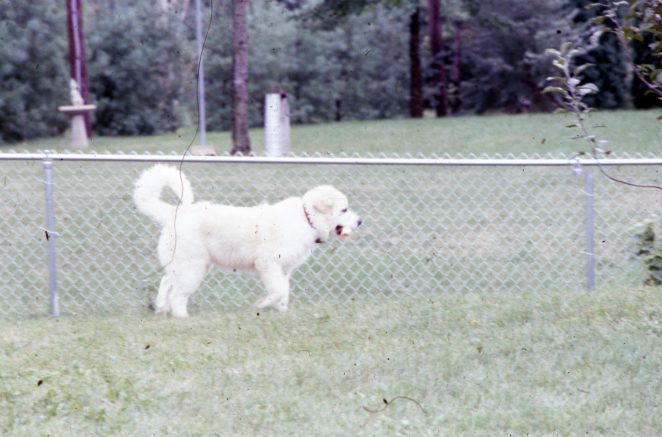 Frosty was a Great Pyrenees 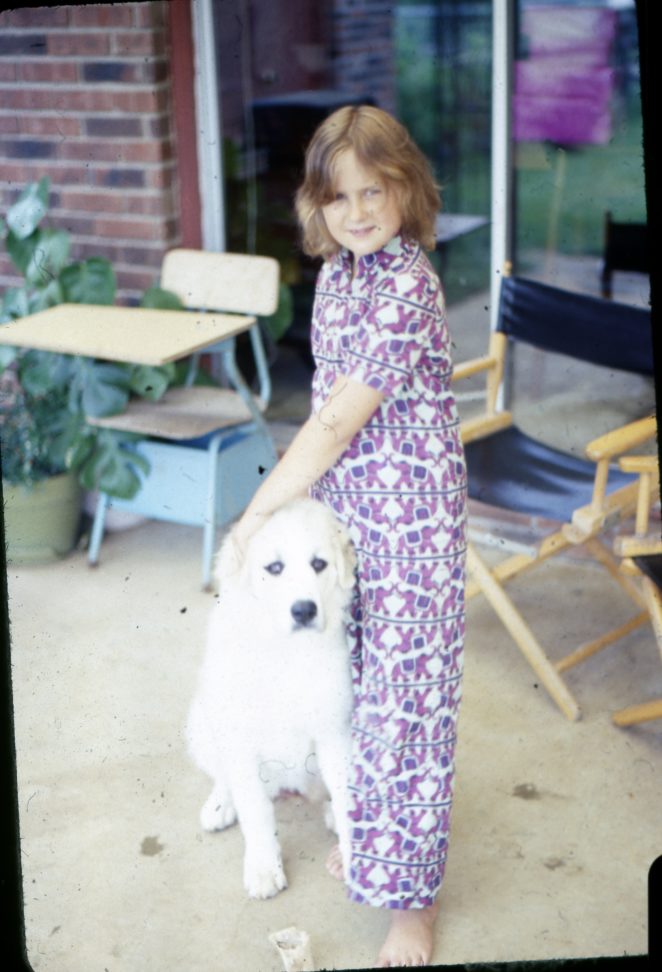 Frosty and my little sister 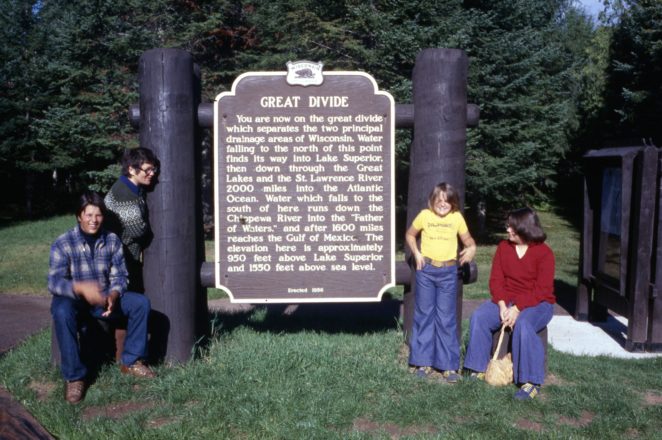 in colorado my dad loves taking pictures of signs!

from left to right me, my mom, my little sister, and my middle sister at the other end.