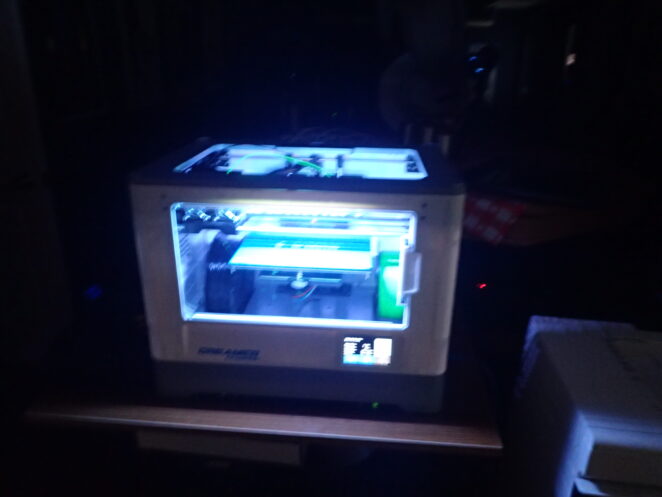 You start with an idea, a concept, and it becomes real. Ellie nicely shared a business plan, get a 3d printer, print more 3d printers, sell the printed 3d printers. The only problem with the idea is that the metal printing 3d printers are costly and writing the print head might be more expensive. The print head has to be able to melt the plastic and then push it through the injection tube to create the object. The print pad is heated, so the vinyl doesn’t adhere to the pad. The plastic is then laid down, and the purpose is built. I had shared these pictures before, but thought since I had to go into the folder get to get the image requested by Carol, I might as well share them again.

One of the things that I enjoy using 3d printers is prototyping. Or, when I come up with an idea printing to see if it might work.  Enough of the tech talk in the wander. I have been without a 3d printer for the past four months, and I miss having one in the house. The first thing you can do is replace plastic parts in your house without having to go to home depot. I have a 3d scanner that lets me convert an object into a template and print it. See, I wasn’t done with the technical stuff. I suspect the technical thing is never too far from the surface for me. My wife, by the way, doesn’t like the green plastic that I was printing with initially; at all, the green was mentioned.

I ended up printing a black lab for her office. Our dog, the Raven, is a black lab.  I will end today’s wander with a story. I have a dear friend who lives in North Carolina. He has lived there for the past ten years. He tells a beautiful story that always makes me laugh about the difference between Y’all and all Y’all as well as the far more obscure Yain’t (which loosely translates to all of you are not). The first time they went to a drive-through (they moved from Detroit), the person in the window said y’all ordered (and repeated the order). Then she handed the two bags of the food and said, all you all enjoy your day. Y’all conjugated, in this case, was y’all the first one, referred to the person paying for the food reviewing the order. The second, all y’all was for everyone in the car! 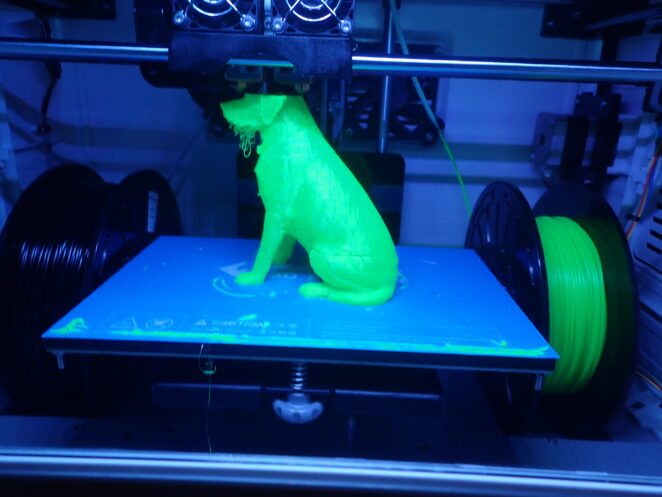 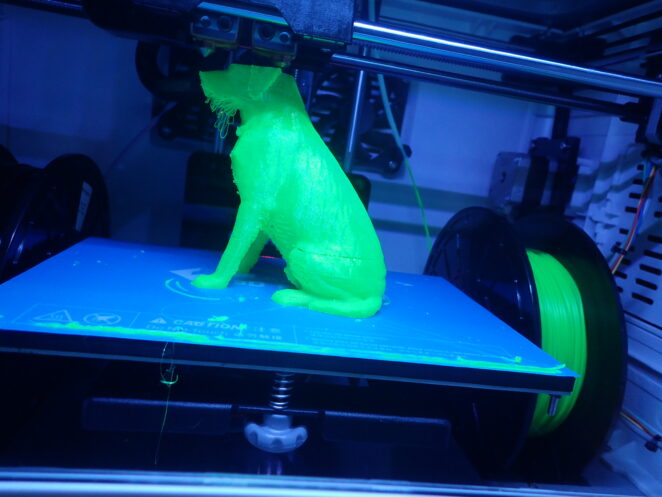