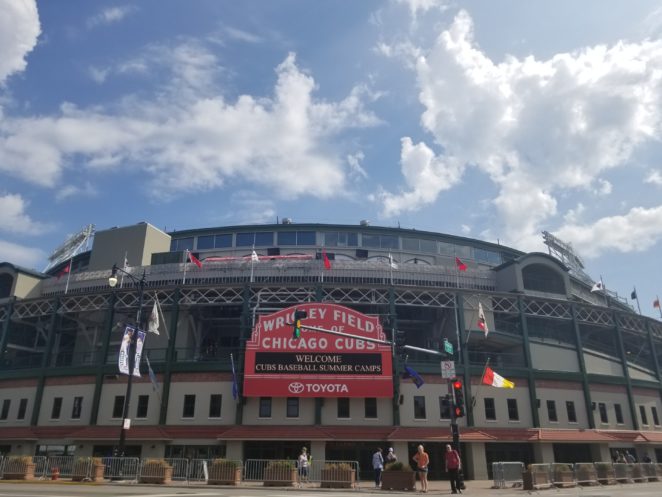 Featured in this post are three pictures shared as part of the 365 Photos Challenge. The first picture shared is Wrigley Field, which is the home of our beloved Chicago Cubs. The park is formerly known as Weeghman Park, which was back when the stadium opened in 1914 for the Charles Weeghman’s Chicago Whales, which folded after 1915. The second picture is Trump International Hotel and Tower (Chicago), which is a  skyscraper condo-hotel that was designed by architect Adrian Smith. And lastly, the third picture is a statue near Magnificent Mile of Jean Baptiste Point du Sable – Founder of Chicago. In the city there has been a school, museum, harbor, park and bridge that has been named in his honor.