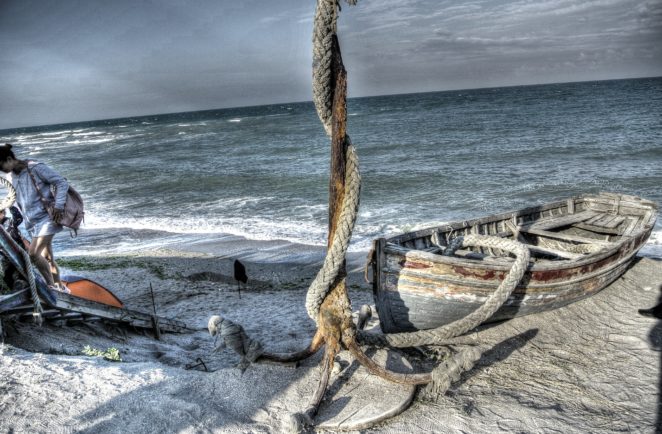 Vama Veche is a village in Constanta county, Romania on the Black sea coast. It’s “the final frontier” near the border with Bulgaria. Vama Veche is a Romanian band too, but this post is about the village. It was founded in 1811 by few families. It’s current name means “Old border checkpoint”. Even in Communist period has the reputation of a non-mainstream tourist destination which has only grow since Romanian Revolution of 1989. It became a hangout for intellectuals; for reasons which are not clear the generally repressive regime of Nicolae Ceausescu choose to tolerate this counter cultural oasis as long as people had identity papers with them. Accommodations consisted  of tents or rooms rented from peasants or fishermen. Many tents are on the beach and it’s the only place where that is allowed. Nudism is still common on the beach, especially on the Northern part where the beach ends. Famous here is Stufstock festival where come about 30000-40000 people. Music here is rock, punk, goth. Young people(and restless) always camp on the beach and boycott the recent built hotels in order to restore the place back to the old look and hippie vibe. So if you feel young and free come here!