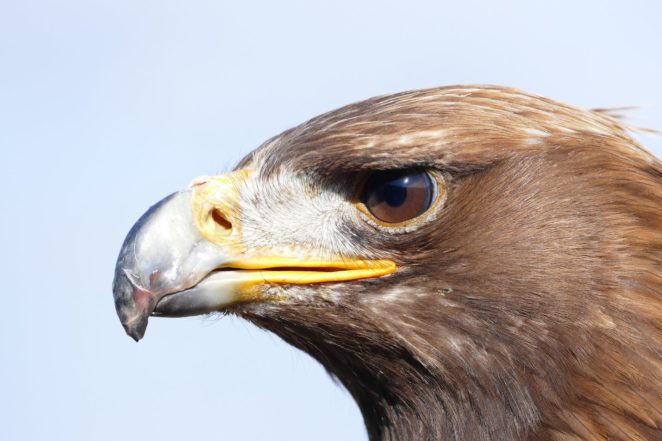 The crested eagle was sitting high up in a tree that bordered one of the roads through Khao Yai National Park. I stopped the car because I noticed two other cars had stopped and people were snapping the bird with long-distance cameras. I got talking, and a Thai guy showed me his photos and said the bird was probably a jerdon’s baza or a crested goshawk but he then ruled out the latter because of different wing-patterns. He refused to speak Thai to me and answered every question I asked in Thai with English. I pointed to two other birds it might be, a changeable hawk eagle or a mountain hawk eagle, and indicated why. For a start the bird in front of us was just too big and sturdy! The Thai guy seemed to experience a loss of face. I hadn’t meant it like that. I just wanted to identify the bird correctly. He told me he had to go. “What about its chest?” “It didn’t turn.” He drove off, and I trundled up to the tree and focused on the bird’s relatively unmarked chest, confirmed it was more likely to be a changeable hawk eagle rather than a mountain hawk eagle, and drove off, relatively satisfied.

If you look up the bird of prey it could have been, you will realise the Thai guy I spoke to was just photographing a large bird, so were the others down the road, I suppose, because I think I did the wrong thing to go and stand under that tree. The eagle got spooked and flew away. Everyone was stationery. I got a look or two!

In the past the eagles were caught or shot in that area. Now they are shot by cameras. I got the impression I was the only one interested in specific identification. To establish the differences between birds was a farang thing to do.

Does the East remain east and the West remain west even when identifying eagles?

My landlady and her friend wanted to charge me 700 baht for motorbike hire (for 5 hours). I wouldn’t pay that amount but with the military just up the road charging the tourists why are my landlady and her ruby-lipped male friend wrong? (Ruby-lipped because he was a middle-aged guy who used a lot of lipstick.) The military that supports Thailand and its institutions charges tourists a lot. There’s the precedent, and no one makes the distinction between national heritage property and a business.