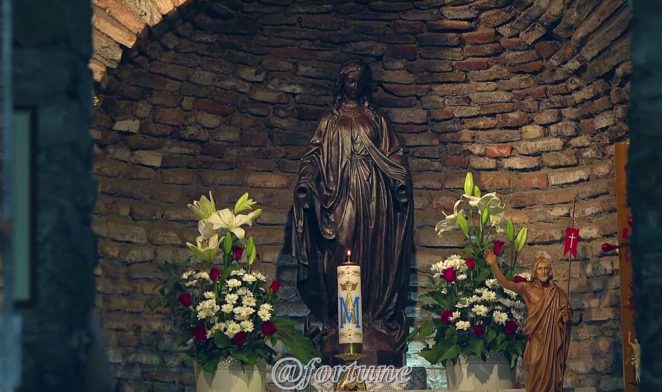 This is the house of Virgin Mary in Ephesus, where she is believed to have lived the last years of her life.The history of the discovery of the House of the Virgin Mary begins with the vision of some Anna Katharina Emmerik (1774-1824), a German nun-Augustinian woman, chained to a bed by an incurable disease. From time to time she had visions, including about Jesus Christ and Virgin Mary, and among them, she saw the place where is the house where the Virgin lived in the last years of life.

The tradition states that Virgin Mary died in Jerusalem and was buried in Gethsemane. But subsequently, Father Jung agreed and accompanied by a monk Pulla went to Ephesus, in order to make sure in the absence or presence of a place from the visions of Katharina Emmerik. Тhey found the house. Several groups made their researchers there, and finally, Bishop Izmir arrived here, who compiled an official document on the location found.

The Catholic Church officially never recognized this place as authentic, but the visit of several popes – Pope Paul VI, Pope John Paul II, and Pope Benedict XVI speaks of a genuine interest in this issue.