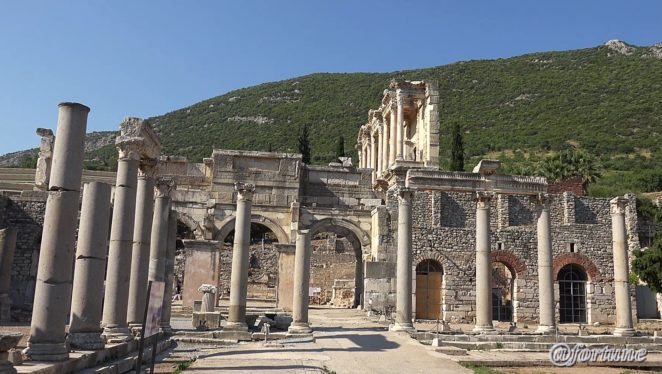 Ephesus is the oldest city in the world and one of the most famous centers of worship of Artemis. As a part of the Pergamon kingdom, Ephesus in 133 BC was annexed to Rome by the will of the Pergamon King Attala III. Ephesus became the capital of the Asia province. To improve it, they spent large sums of money, the city grew and developed. Trade thrived here, the city market has occupied an area of 7 hectares. The city was famous for its love of dances, games, and entertainment.

I-II centuries became the prosperity of Ephesus. The famous Celsus library, terms, and aqueducts were built, restored Greek theater. From the theater to the port was Via Arcadiana – the main street of the city, named in honor of Emperor Arcadia and decorated with porticos with columns. Temples of Domitian and Adrian were erected in Ephesus, installing in them marble statues of the Roman emperors.

Ephesus retains many historical monuments relating to the Roman period. Not all of them are excavated, but the magnificence of the ancient city can be judged by the already open sights.

The temple of Artemis is one of the seven ancient world wonders,  and the whole site is on the UNESCO World Heritage List.