When people travel they are prepared to do a lot of sightseeing. However, most people prefer to see the objects and things which they have heard a lot about. In this way, they often miss seeing something special or different. So if you travel to London, England to see the Tower of London keep an eye out for the ravens  Now you might be wondering, “What ravens?” No one knows for sure how the ravens first came to the Tower of London but their presence there is shrouded in myth and legend.

Unfortunately, ravens have been considered to be birds of ill omen. In the case of the ravens that reside at the Tower of London, legend has it that the future of England and the monarchy relies upon their continued presence at the tower. The legend goes on to say that at least six ravens must reside at the tower for all time or it just might be that both the Tower of London and the monarchy will fall. 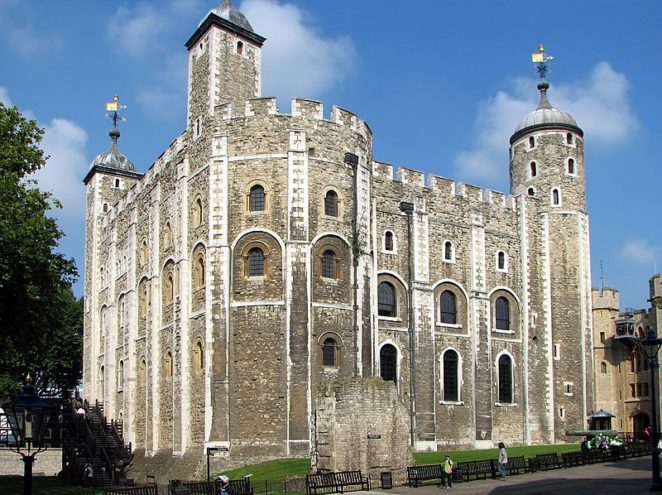 Not everyone believes in legends and looks upon them as just plain stories but this particular legend I wouldn’t want to put to the test. The first Royal Observatory was located in the northeastern turret of the White Tower. According to legend John Flamsteed in the 17th century was the “astronomical observator”. He had a problem with the presence of ravens as they interfered with his observations and he made a complaint to King Charles II. The king gave the order to destroy the ravens. It was at this time that the king was informed that if the ravens left the tower, the White Tower would fall and great disaster would rain upon the Kingdom. This, of course, changed the king’s mind and he decreed that at least six ravens should remain at the Tower of London at all times. Nowadays the Raven Master Derrick Coyle who is a Yeoman Warder or “Beefeater” is responsible for taking care of the ravens. At the Tower of London, there are seven ravens. The spare raven is kept just in case anything happens to one of them. The ravens all have unique names – Hardey, Thor, Odin, Gwyllum, Cedric, Hugine and Munin. They make their home next to the Wakefield Tower. Thinking of black ravens I wonder how one distinguishes one from the other. I suppose ravens like any other birds or animals have some sort of specific characteristics which make it possible to know them by their individual names. Every day the ravens eat 6 oz. of raw meat and bird formula biscuits which are soaked in blood. They are partial to having an egg each once a week and the occasional rabbit. They also take pleasure in enjoying scraps from the mess kitchen especially favoring fried bread. I write this nodding my head and smiling because I have a vivid picture of my cat Sid who loves to drink chicken blood whenever I prepare a whole chicken and enjoys some raw chicken scraps. He wouldn’t mind living in the Tower of London watching over the ravens and making sure they behaved themselves. To make sure that these ravens don’t fly away from the tower they have had one of their wings clipped by the Raven Master. This doesn’t hurt or harm them but it does make sure that they don’t stray too far from the Tower of London. Despite these efforts to keep the ravens in place there have been incidents of escape. In 1981 Grog made a permanent escape and was last seen outside an East End pub known as the “Rose and Punchbowl”. He supposedly needed a change of scenery since he had been a resident there for 21 years. Ravens have been dismissed for bad behavior such as George who was given his walking papers because in 1986 he had developed an unhealthy appetite for TV aerials. He was sent to the Welsh Mountain Zoo.

It’s fascinating to know that ravens can live up to a ripe old age. The oldest raven at the tower was known as Jim Crow and he died at the age of 44. Presently the oldest raven is Hardey who is just a baby at 24. The Tower of London began a most successful breeding program in 1987 and when the ravens Charlie and Rhys paired up they produced 17 chicks. Rescued as fledglings from the Owl Sanctuary in the New Forest Odin and Thor started living at the tower in 1997. Thor happens to be a very good mimic and can repeat things the Raven Master has said to him in just the precise tone to create all kinds of confusion.

Today there are seven ravens and each is ringed with a different color. Tourists love to view the ravens as they sit in their cages. Just don’t try to touch them since if frightened they bite. The captive ravens here have a life span of over 40 years.

So the next time you take a trip to London, England and visit the Tower of London make sure to