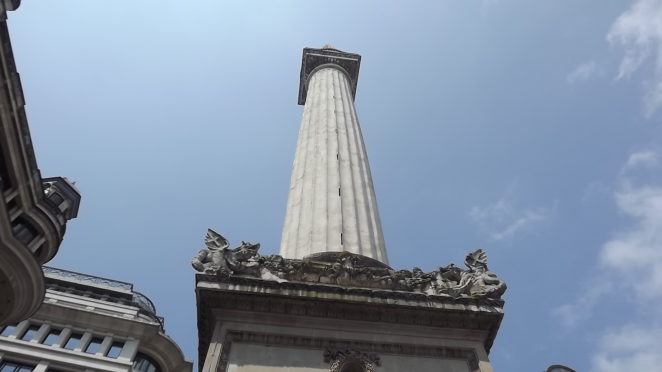 One of London’s most impressive monuments is just that – “The Monument”. It was built in 1671-7 as a reminder of the Great Fire of London of 1666, and it stands very close to Pudding Lane, the street in which the fire started in Robert Faryner’s bakery before spreading to destroy about 80 per cent of the old city of London. The height of the column, 202 feet, is supposed to be the distance from its base to the bakery.

The fire destroyed 87 churches as well as Old St Paul’s Cathedral, and the rebuilding owed a huge amount to the efforts of Sir Christopher Wren who designed not only the new Cathedral but many of the replacement churches and The Monument as well – the latter in collaboration with Robert Hooke. 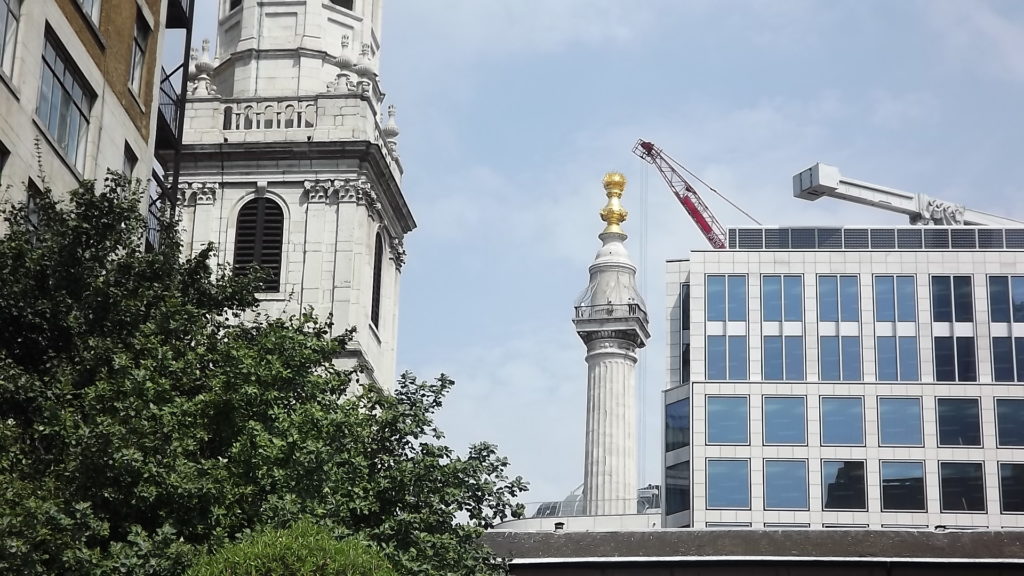 (The Monument is less easy to see these days than it once was!) 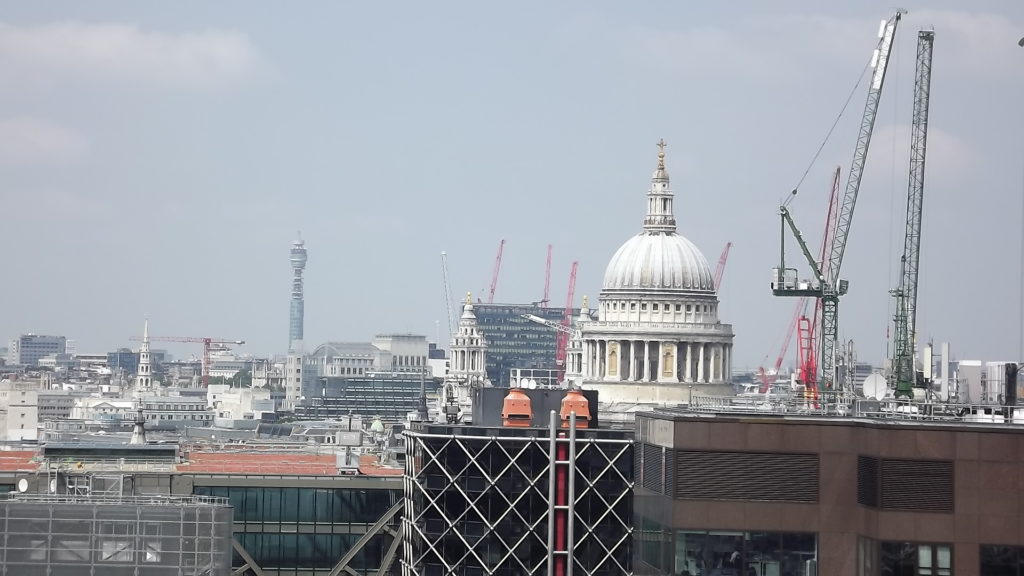 (You can still see St Paul’s Cathedral from the top, if only just!)

The Monument comprises a single fluted Doric column on a large square base. It is unusual among London’s monuments and memorials in that members of the public can, for a reasonable fee, climb the 311 steps of a spiral staircase to the viewing platform near the top. In times gone by the view was more extensive than it is now, due to all the high-rise buildings that have appeared in London’s business district in recent decades, but the climb is still worth the effort, even now – and the exercise is good for you! 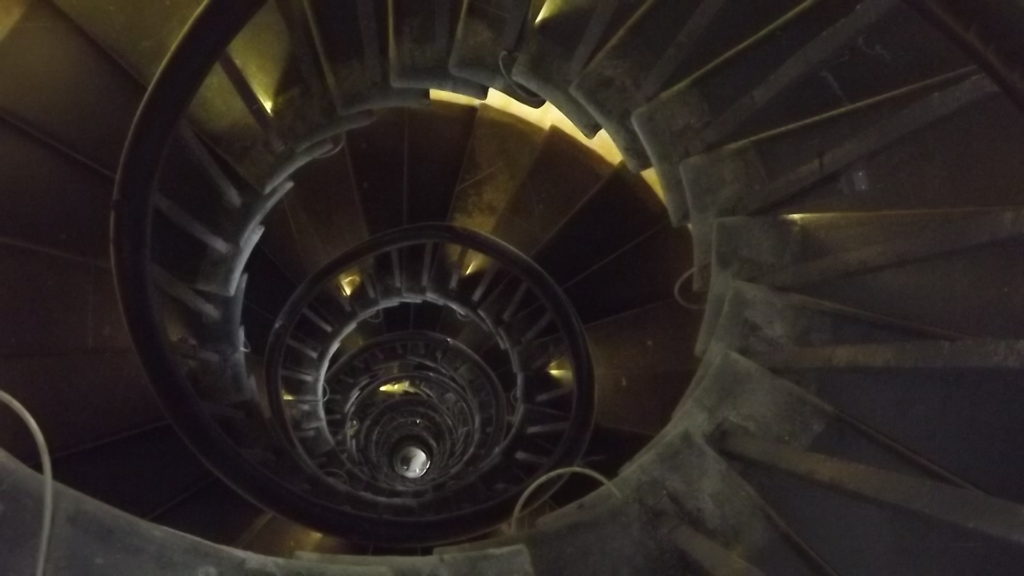 (Looking down the spiral staircase)

At the top of The Monument is a flaming golden urn, to symbolise the fire, and at the base there are inscriptions and reliefs by Caius Gabriel Cibber. Part of the original inscription blamed “Papists” for starting the fire – a self-deluded Frenchman confessed to the “crime” and was hanged, although he could not possibly have been responsible – but the words were erased in 1830 after the Catholic Emancipation Act was passed.