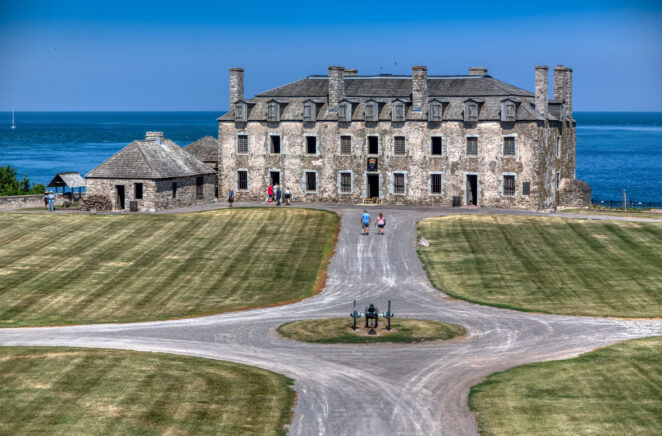 At Old Fort Niagara the French had made the Fort initially in 1679 and eventually built this three story building on the North edge facing Great Lake Ontario on one side and the Niagara River to the West. The third story had cannons that were rolled out of the dormers. The British then took over the Fort and used the “French Castle” for senior officers and troops. They turned the Fort over to the United States after the War of 1812.