We are at the National Corvette Museum in Bowling Green, Kentucky and going into the main, huge conical  rotunda chamber that holds so many of the most valuable Corvettes on display. Here is where the huge sinkhole opened up in 2014 and swallowed up 8 of the most valuable Corvettes in the world. They were all lifted out of the chasm of dirt and debris but only a few were restorable. That was Millions of dollars in losses and of some of the most famous and valuable cars in the world.  They have repaired and filled the giant sinkhole and decided to display the wrecked Corvettes.  Because of the fame of the sinkhole and the news that spread, they have actually had a huge increase in visits to the museum that may have covered the costs in the losses of all those cars. Anyone what a ZR-1 that just needs some minor restoration? 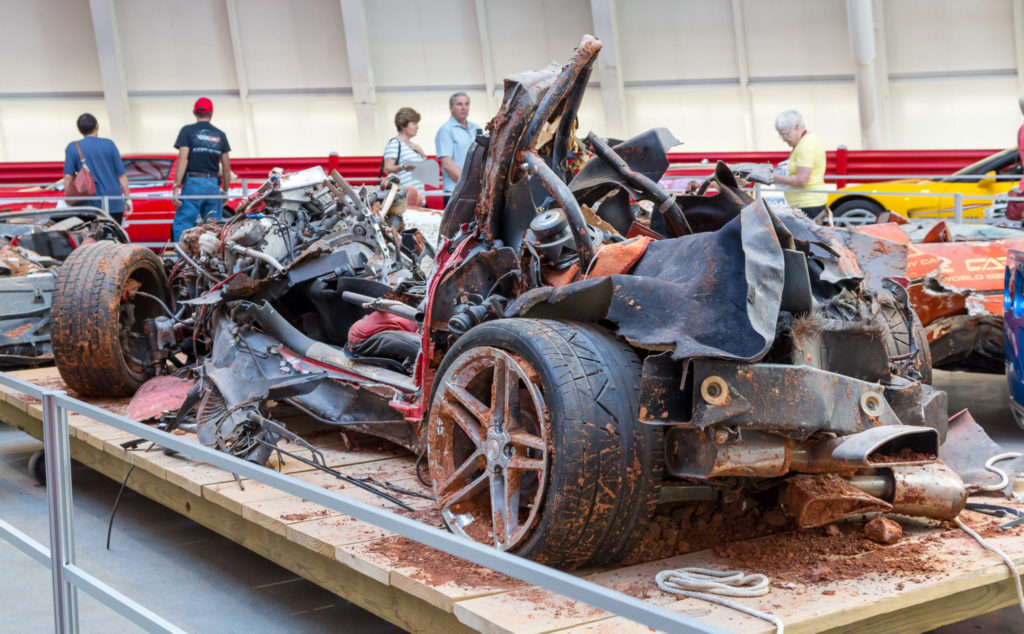