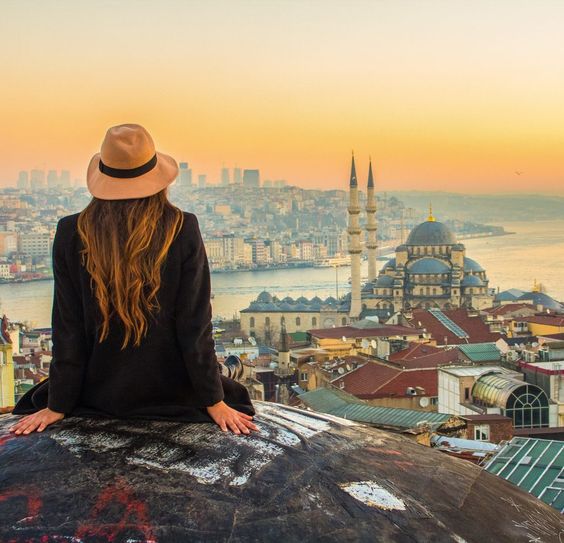 Every country has its natural wonders, but Turkey is definitely the one with the most extraordinary places to be seen! Unique monuments, breathtaking landscapes, ancient infrastructures and new constructions are all over the place! It is not that difficult to understand why it is  every photographer’s dream!

Some people have never been to Turkey, but have definitely googled its best tourist attractions. There’s no way that someone haven’t heard of Istanbul, the bridge that connects Europe and Asia, a city of light, culture and love! Or you have definitely, at least once heard about Cappadocia – a city with wonderful swooping rock valleys that used to be an important Christian site during the Byzantine Era.

Visiting Turkey is a must-do! If you want to see the surreal beauty of its nature and enjoy the taste of the tastiest foods and drinks you’ve never seen or heard of before, don’t hesitate and make Turkey be your next destination!

Take a look at the following list with the best and most unique 10 destinations of Turkey!

The “Cotton castles”, mostly known as the Pamukkale in Turkish, is an ancient spa town which is among the best natural wonders of Turkey!

Formed by water action and millennia of wind, Cappadocia is one of the hottest world top destinations where you can take an exciting air balloon ride!

One of the largest and oldest covered bazaars in the world – Kapalıçarşı is among the world’s most visited shopping malls!

The abundance of Greco-Roman ruins placed as an ancient “Pergamum” is one of the most incredible atmospheric places to visit in Turkey!

The Theater of Aspendos, considered as the finest example example that survived of a classical age is also one of the main reasons to visit Turkey!

The broken remnants along the summit funerary of ancient mammoth statues is one of the most peculiar archaeological sites in Turkey!

If you want to take a peek into the world of Sultans, then go and visit one of the most fantastical and opulent places – The Topkapı Palace!

One of the still-standing ancient Roman cities in the Mediterannean – Ephesus is a mighty ruin where you can make the best panoramic photographs of marble-columned roads and colossal monuments!