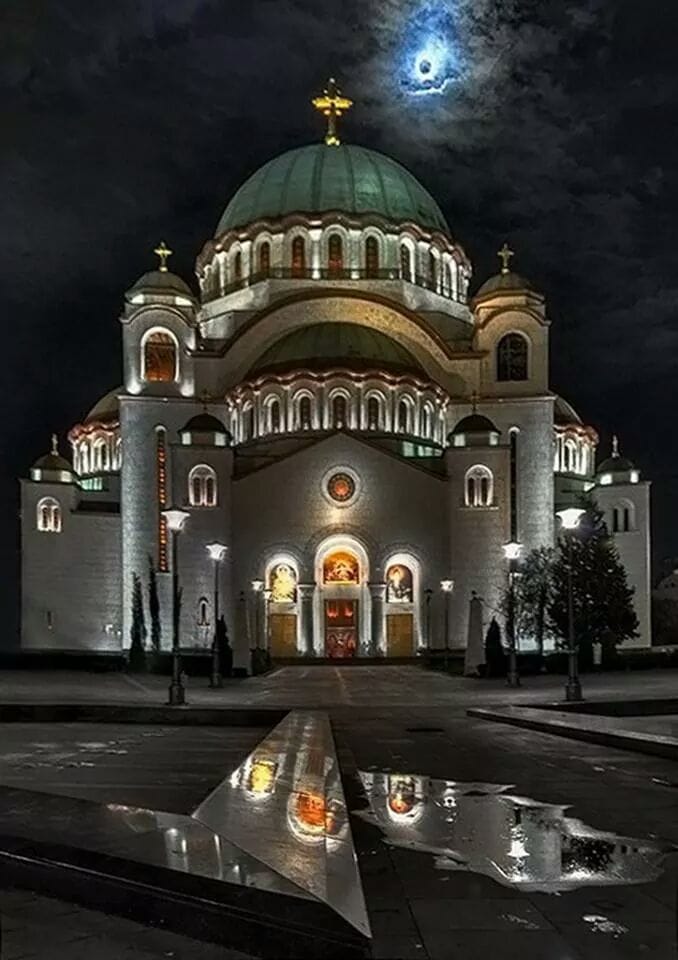 Temple of Saint Sava in Belgrade is the largest Serbian Orthodox church, the largest Orthodox church in the Balkans. It is located in the eastern part of the St. Sava Square, in the municipality of Vračar, in Belgrade. It was built on the site of what was thought to be Koca Sinan Pasha in 1594, burned the relics of Saint Sava, founder of the Serbian Orthodox Church. Construction of the temple was financed by voluntary contributions and the payment of charity stamps. This monumental temple represents an organic part of modern vivid image of Belgrade, being one of its main features.