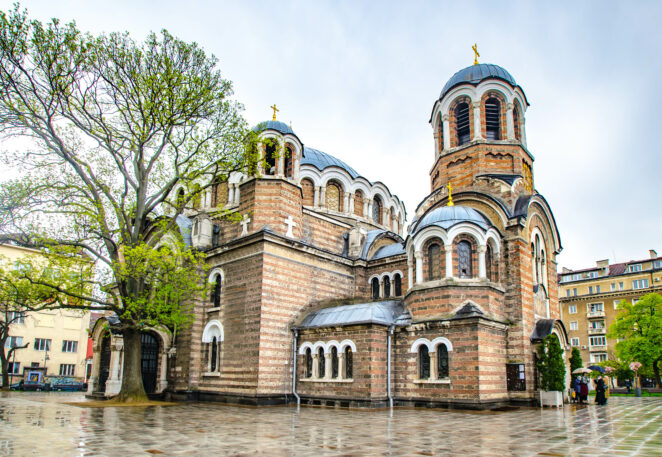 In the 19th century, the mosque’s minaret fell and was abandoned.

The temple bears the name of the creators of the Cyrillic alphabet – St. Cyril and St. Methodius and their disciples and followers Clement, Naum, Gorazd, Sava and Angelarius.