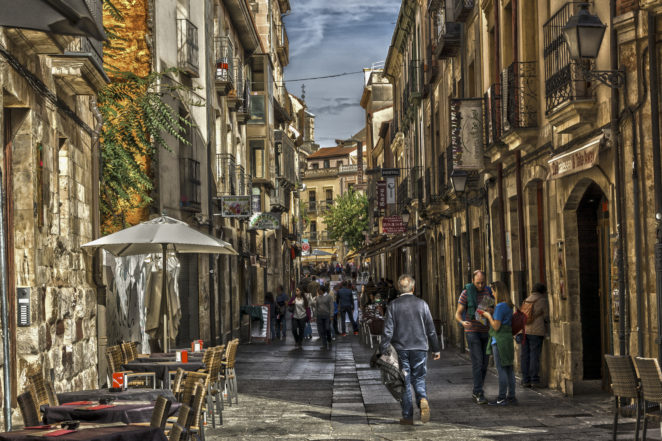 Salamanca is the main tourist enclave of Castilla and León, being the city that receives more visitors to the year. In the city there are 32 hotels, 66 inns or inns, 21 fondas, 229 restaurants, 77 cafes and 1202 cafes or bars.

Salamanca is also considered to be the great worldwide reference in the teaching of Spanish, known as “idiomatic tourism”, as it accounts for 78% of the existing supply in Castilla & León and 16% in Spain. In 2013, Salamanca surpassed its tourism record, receiving 613,562 tourists, 5.07% more than in 2012, of which 194,821 travelers were international, therefore 8.75% of the tourism was foreign.