There are lots of people everywhere who really love roller coasters. Any kind even the ones that turn you upside down and all around. Well, I have nothing against roller coasters but you cannot get me on one because I am scared of heights. So I love to watch people ride and scream on them but you can’t get me on one. I rode a roller coaster only once way back when I was a teenager because my boyfriend talked me into it. I was never so scared in my life and I decided then and there that roller coaster rides weren’t for me. This is an article about a roller coaster I have seen and it is also the one I was dragged on.

The place to be for lots of amusement ride fun is Coney Island, in Brooklyn, New York. It is also the place of the very first roller coaster in America which opened up for rides on June 16, 1884. It was created by LeMarcus Thompson and was known as a switchback railway. The coaster went around six miles per hour and it cost people only a nickel or five cents to ride it. It was so successful that by the end of the century there were hundreds of roller coasters all around the U.S. 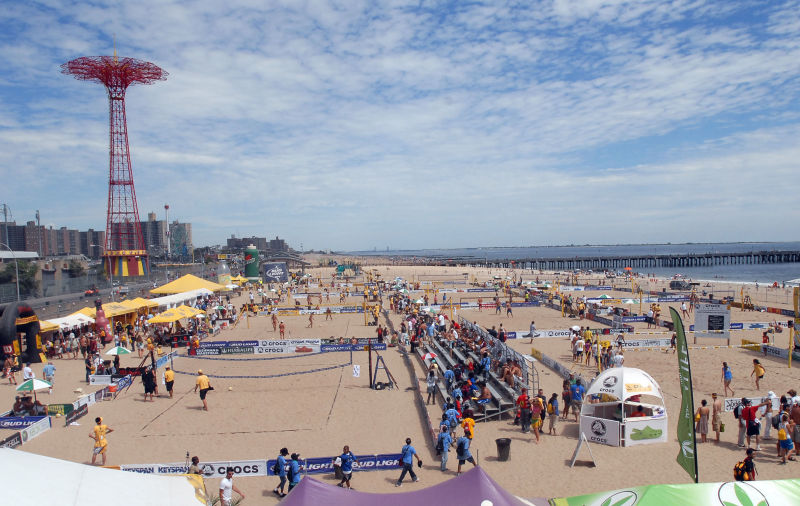 If you lived in New York City then the place to go for fun and entertainment in the summertime was Coney Island. The name comes from the Dutch Konijn Eilandt which translates to Rabbit Island. This is a tract of land that stretches along the Atlantic Ocean and was discovered by the explorer Henry Hudson in 1609. The first hotel on Coney Island opened up in 1829 and by the post-Civil War years, it had become a resort with lots of theaters, restaurants and even a race track. When people were not riding roller coasters or enjoying other rides they were on the boardwalk or on the beach. 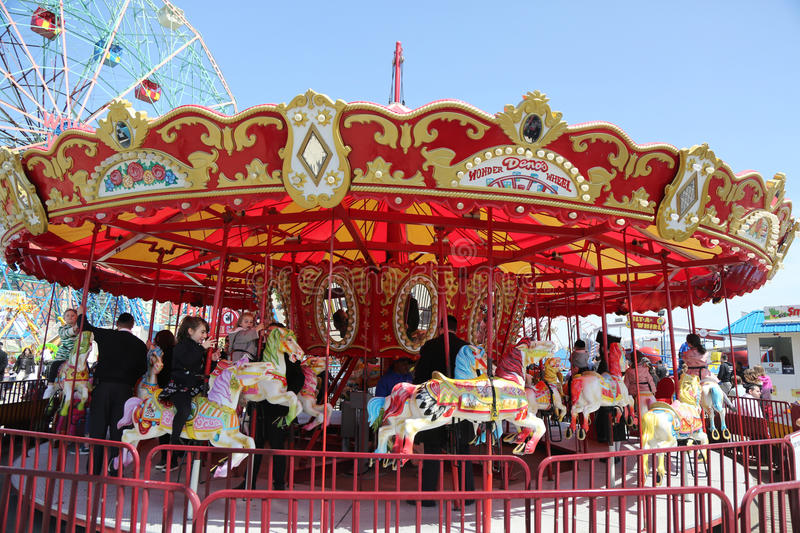 Three amusement parks opened up between 1897 and 1904 – Dreamland, Luna Park and Steeplechase. For people living in the city, it was a convenient location because it could be reached by subway and even by bus. Crowds of people escaping the summer heat flocked to Coney Island for a day in the sun on the beach, to cool off in the ocean waves and to enjoy themselves on the amusement rides. I absolutely loved it there and the smell of hot dogs and other kinds of fun foods was always lingering in the air. 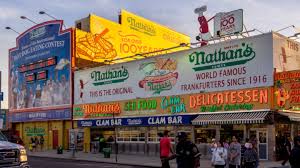 Charles Feltman created the hot dog at Coney Island in 1867. A Feltman employee opened up a nickel hot dog stand in 1916 called Nathan’s. Nathan’s became the popular place to have hot dogs and became not only a well known Coney Island institution but also an international franchise. You can still get a great hot dog at any of these restaurants now called Nathan’s Famous. 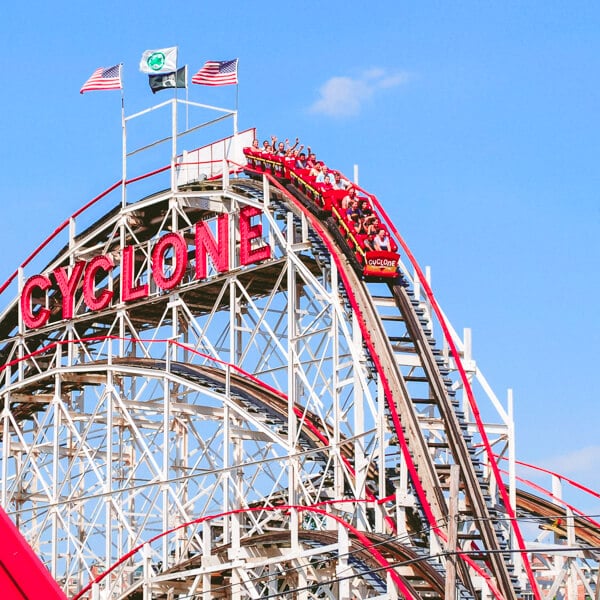 Unfortunately by the 1960s, Coney Island had become a run-down area and the major amusement parks began shutting down. However, it still drew tourists and the big draw was a wooden coaster called the Cyclone which opened up in 1927. This popular coaster could work up to speeds of 60 M.P.H. and had an exciting 85-foot drop. It remains one of the oldest coasters still in operation. These days there are plans for building a new $1.5 billion year-round resort at Coney Island which will have a 4,000-foot-long roller coaster, an indoor water park and a multi-level carousel.