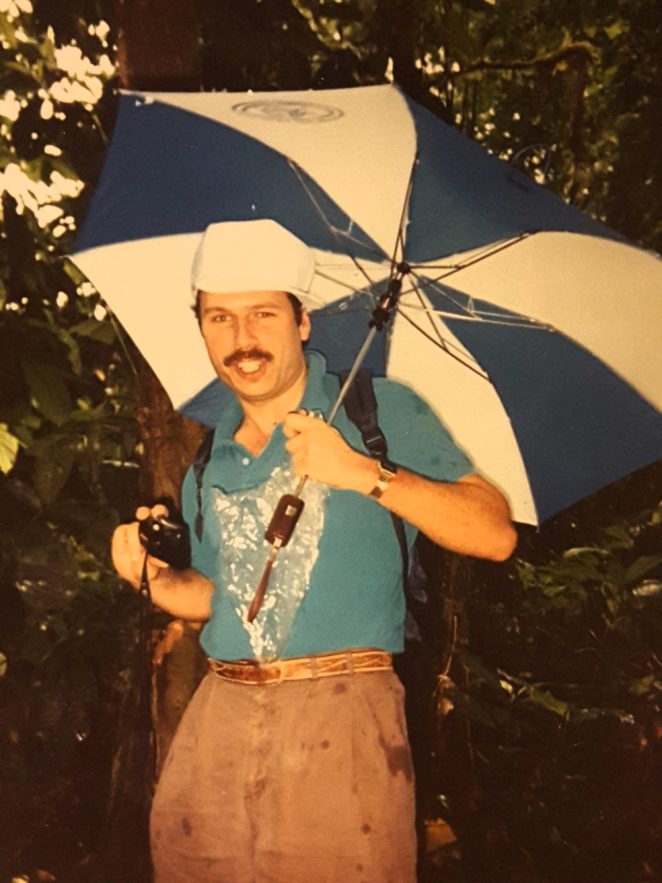 This was my third visit to Costa Rica I stayed in the Hotel Bougainvilla Santo Domingo, minutes away from San Jose but close to Coffee fincas, banana fields, and tropical forests. When I first visited Costa Rica in 1989 I had taken the famed “Jungle Train” from San Jose to Puerto Limon. I was disappointed that the old train had fallen into disrepair and was not an option this time. I met with a representative of Geotour, an organization committed to sustainable tourism. They organized small group day trips in VW vans to the rainforests. With my German friends Peter & Monika I embarked on a day trip to the Braullio Carillio National Park. It was a a great visit…I got a little wet but I between showers we saw Howler Monkeys, a Chestnut Warbler,an Agouti, and an Indigo Bunting. It was an unforgettable day that left us all with a better understanding of the incredble biodiversity contained in Costa  Rica’s rainforests.