Do you want to choose Puerto Rico as a vacation spot for your upcoming trip? Great choice! Puerto Rico is an island state in the heart of the Caribbean, which attracts with picturesque beaches, high level of service and insanely beautiful nature.

The sparkling ocean waters and magnificent forests surprise with the diversity of their flora and fauna. Also, in Puerto Rico you’ll find a huge number of famous historical places.

However, a big drawback of the country is a rather weak transport connection. So, if the purpose of your visit to Puerto Rico is to see as many interesting places as possible, take care of your car rental in advance. Convertible car rental in San Juan Puerto Rico will give you many hours of amazing travel.

So, after successful car booking, let’s still find out what places in Puerto Rico are worth your attention? 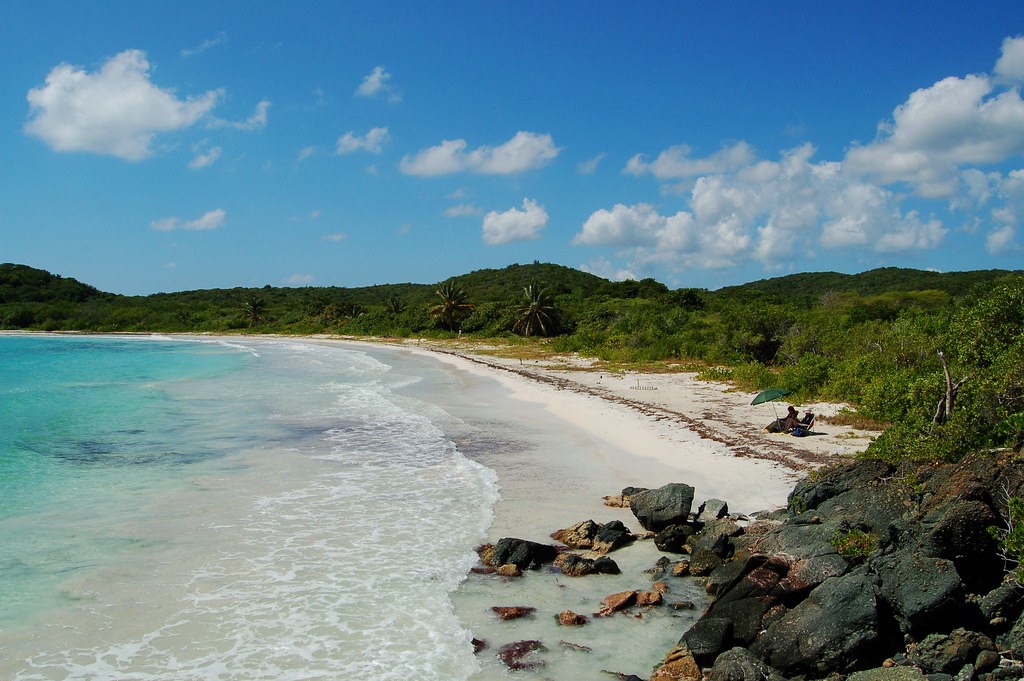 Vieques is the second largest island in Puerto Rico. It has a length of about 42 kilometers and a width of 7 kilometers. When the When the US Navy left Vieques Island in 2003 after being based there for more than 60 years, a completely untouched nature is what left in Puerto Rico.

This destination was once used for military purposes, but now is designated as a National Wildlife Refuge. Currently, there are only a few resorts, several comfortable hotels, including the famous Great Escape B&B, where breakfast can be served directly in the pool.

Also, you’ll find there only two large cities – Isabelle Segunda, located on the north of the island, and Esperanza – in the south. The charm of Vieques lies in secluded beaches, where you can get rewards in the form of solitude, sand and water. The Blue Beach is known for its diving school, but the real miracle is the Puerto Mosquito Bay, famous for its clear water and luminous glow.

It’s worth spending the night watching the billions of microorganisms that stain water in a magical blue-green color and turn it into a watercolor painting. 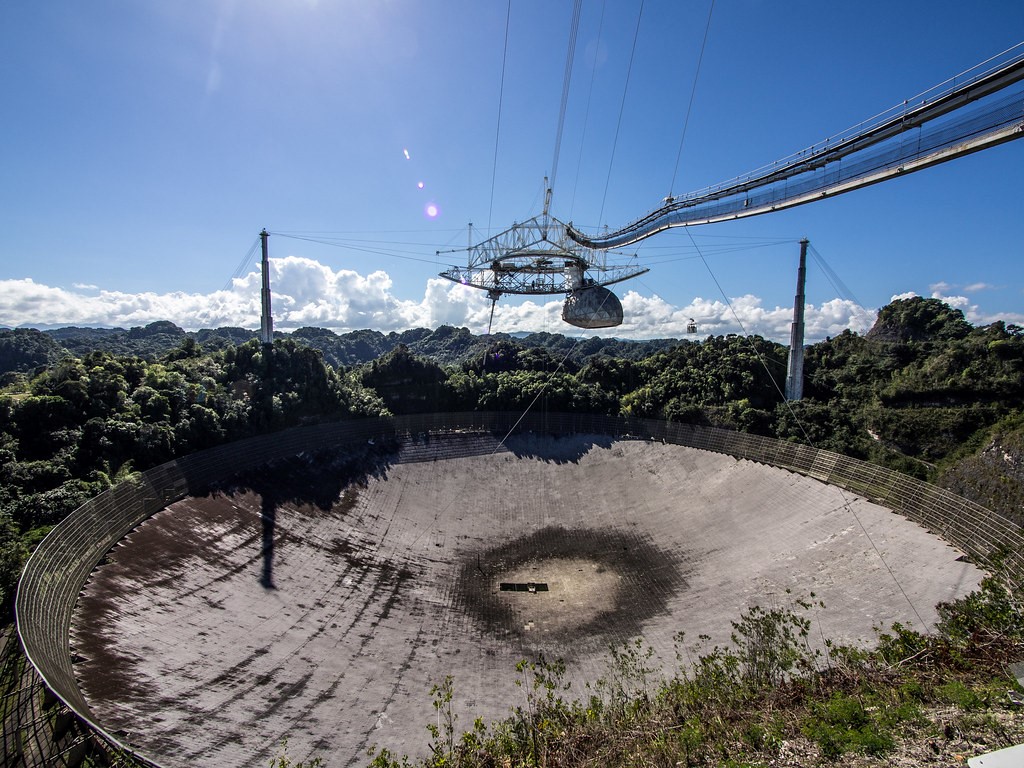 Arecibo is an astronomical observatory located in Puerto Rico, 15 km away from the city of the same name. It’s located at an altitude of 497 meters above sea level.

The giant bowl with a diameter of 304 meters and a depth of 50 meters is one of the largest radio telescopes in the world built inside a natural karst funnel. Many kilometers of cables were used to suspend the telescope antenna irradiator over the reflector.

The antenna irradiator is movable, suspended from three towers. A telescope is aimed to a given point in the celestial sphere by moving the irradiator. Currently, the telescope is used for research in the field of radio astronomy, atmospheric physics and radar observations of objects in the solar system. Arecibo Observatory is also known for its participation in the SETI – Search for Extraterrestrial Intelligence project. 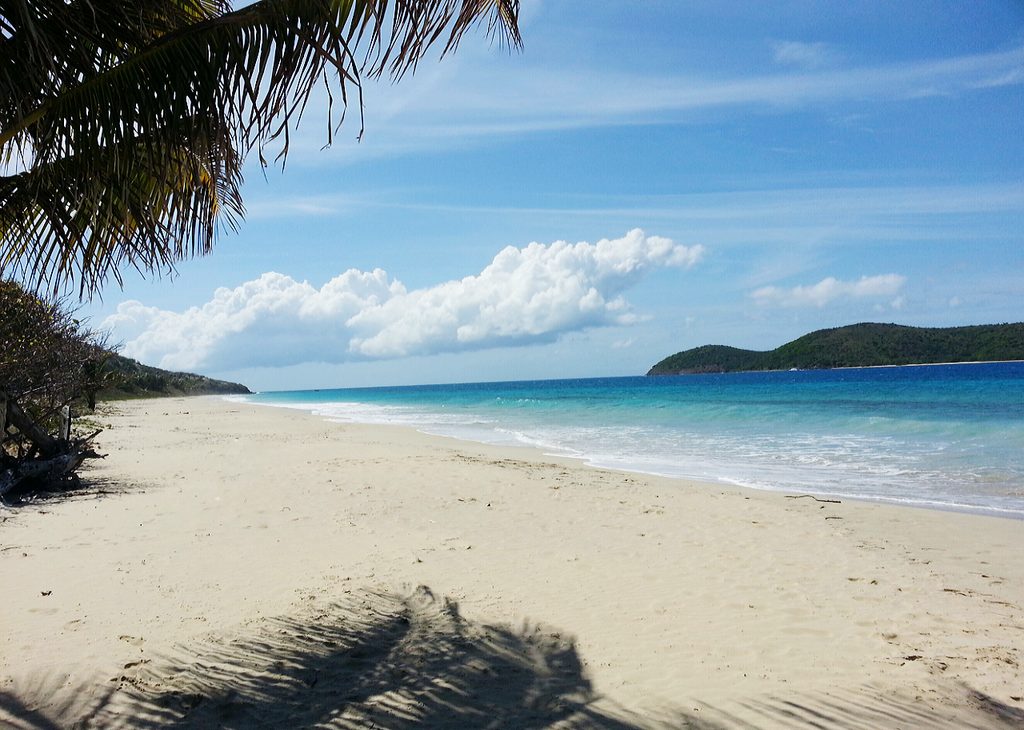 Culebra Island is an archipelago in the east of Puerto Rico, consisting of a large island and twenty-three small islands. There are no rivers or streams on the islands of the archipelago. Fresh water is delivered to the island from Vieques. Translated from Spanish, Culebra means ‘Island of the Snake’.

This piece of land was discovered in 1493 by Christopher Columbus and in those days it was inhabited by the Taino Indians and was used by pirates as a refuge for more than three centuries in a row.

About two thousand locals live on Culebra Island. The main city of this island is the Dewey. Culebra has a large number of beaches, among which Playa Resaca, the white Flamenco Beach, the beautiful Playa Zoni and Playa Brava are the most famous places to relax. 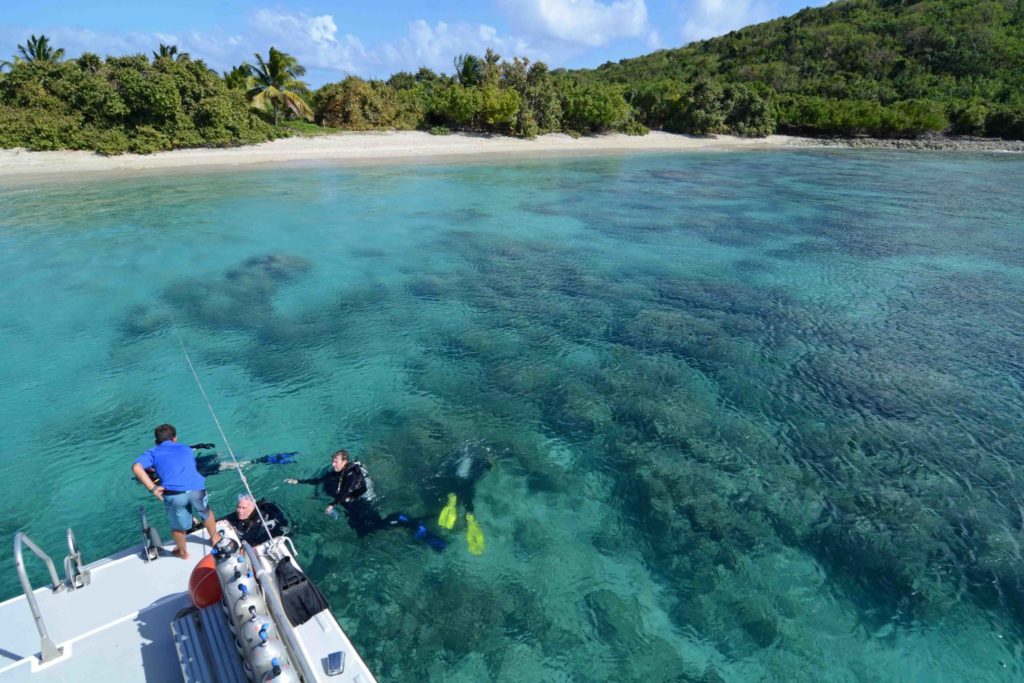 Diving centers are organized there for diving enthusiasts. Culebra National Park, where you can see a large number of birds and turtles under the protection and protection of the island, can also be distinguished among the island’s major attractions.

On Culebra you can stay in a cozy family hotel, rent a villa lost in the mountains, or choose a luxurious bungalow. What’s more, you can admire the beautiful reefs, some of which are natural areas with limited access.

Culebra has a small airport that allows you to get to the mainland and to Vieques. In order to reach the island, you can also take the ferry from Fajardo, which is available 2 times a day. 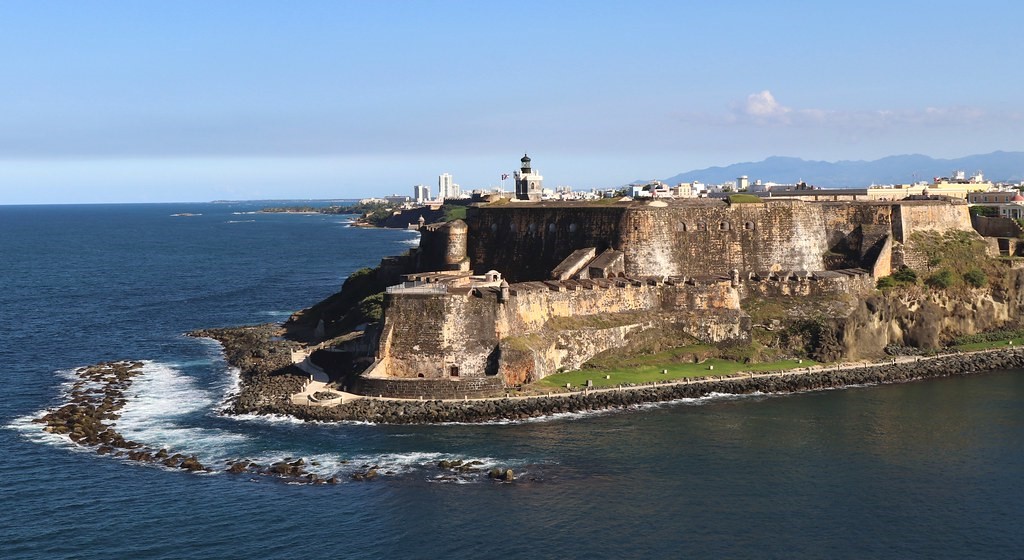 This iconic fortification is a former Spanish stronghold on the northwest side of San Juan Island. For many years, the San Felipe del Morro protected San Juan from sea attacks and guarded the entrance to the bay. Today, it’s among the most visited local sights.

El Morro houses the National Museum dedicated to the history of the fort, which displays artifacts, historical photographs and artifacts discovered there.

Visitors can also enter the fortress – it consists of six levels and includes a labyrinth of tunnels, barracks, prison cells, walkways and warehouses. In San Felipe del Morro, the cannons that still guard the harbor have survived.

From the observation tower you will enjoy magnificent views of the ocean. In sunny weather children can fly kites, while many travelers come there for a picnic.