I once went to visit a woman who was the grand daughter of the man who painted the famous pink and white terraces, Charles Bloomfield. She told me he felt compelled to paint them as he did not think these would last.

The Pink and white Terraces were by Mt Tarawera. Destroyed by the Mt Tarawera eruption, now they believe these are under the water of this lake.

Notice that in this photo I took of Mt Tarawera that the mountain top is flat.

Well, this eruption literally blew it’s top off! It is remarkable that anyone survived but they did. 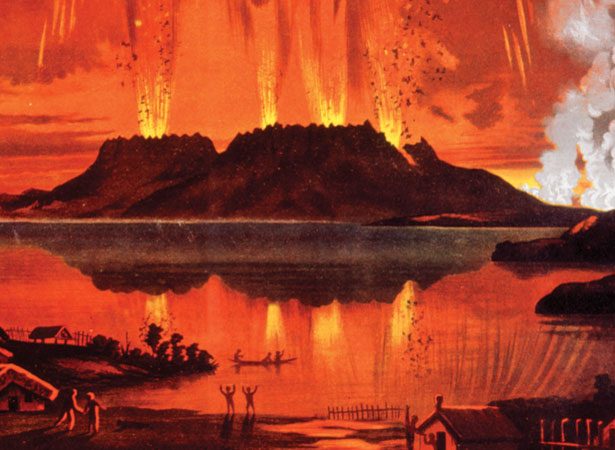 This is an impression of Mt Tarawera eruption .

The eruption lasted 6 hours and people awoke to earthquakes, lightning, fountains of molten rock, and columns of smoke and ask up to 10 km. People heard the eruption from as far as Blenheim in the South Island of New Zealand. Men from Rotorua got rescue parties to dig out survivors. 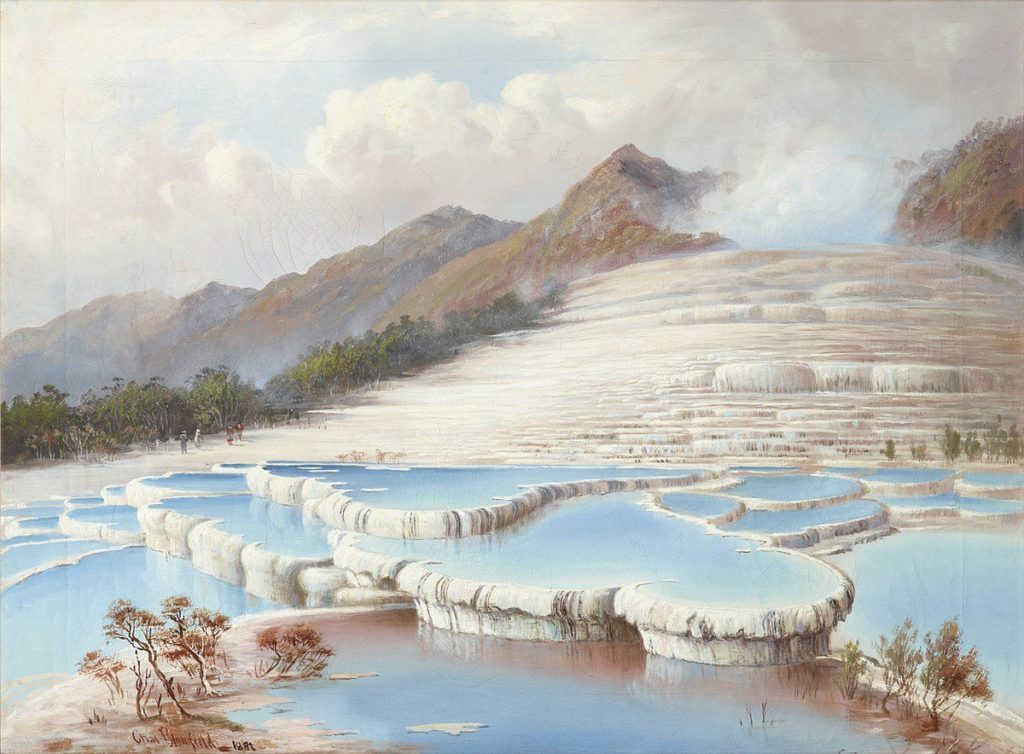 Now these Pink & White Terraces were one of the Wonders of the World and tourists used to visit it and pay money for this journey. The local chief or Tohunga, did not like that very much and cursed people associated with the money making trade.(or that is what I have heard)

There was a guide Sophia part Maori and part Scottish who guided people to see the famous Pink & White Terraces. Just before this eruption Sophia sighted a Phantom Canoe, that came out of the mist. They called out to the people there and there was no answer.

She told the local chief about it and he said that a terrible disaster would happen but Sophia would be safe.  Many people from the local hotel sheltered in Sophia’s ware (or house) and they were safe. She had taken her garden spade and fork. They used this to dig their way out after the eruption..

The place where Sophia was was known as “the Burried Village”

Now, from my visit to the Grand daughter of Charles Bloomfield, this woman told me that at the time there was a serious typhoid outbreak and so many Maoris died, they did not have enough places to bury these people and so they put their bodies into canoes and let them float. Hence, the Phantom Canoe. 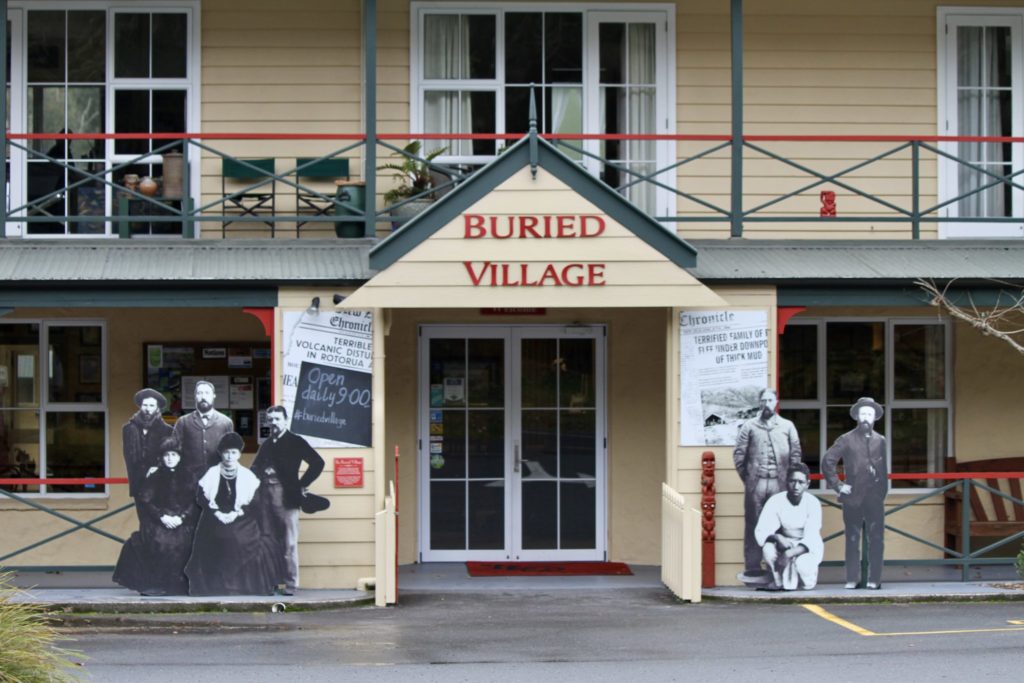 Now that is a place where on a visit to Rotorua you may learn some history of the Tarawera eruption.

It is now said that the Pink and White Terraces are intact under the waters of Lake Rotomahana discovered by scientists in 2011. This is under further investigation. You can get a cruise on this lake..or visit Waimangu Volcanic Valley and see the land ripped apart by the Tarawera eruption.