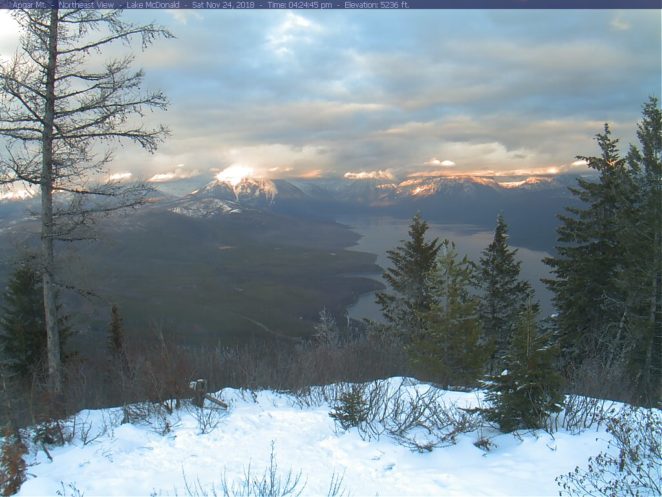 As isn’t unusual for Montana, the huge snowstorm that went through the state sort of fizzled out in some places and dropped snow in others. Except in the highest elevations, the amount of snow that fell wasn’t very significant, which is a little surprising, considering the amount of lead-time and hype that the storm received.

The following pictures are from public webcams and they are from after the storm went through. In my location, we got only a light dusting of snow and Sunday dawned bright and clear, with lots of sunshine. That wasn’t the case in all locations, but it is also the reason this area is known as the ‘banana belt’ of Montana. Our local weather is usually, though not always, milder than in other areas of the state, like those shown in these 12 images.

Still, the views are beautiful, I think.