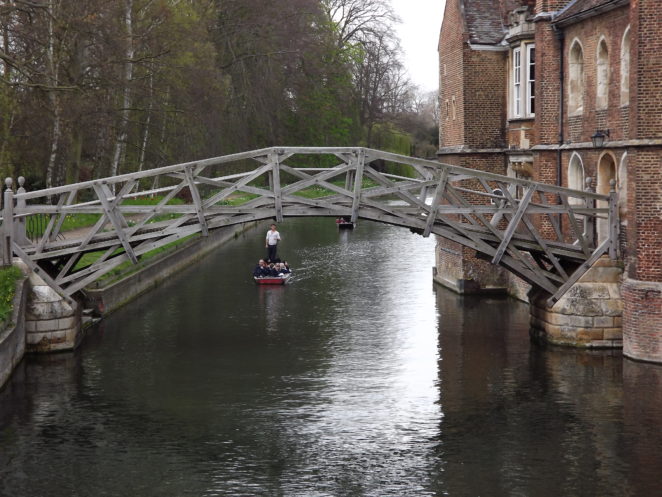 This is the “Mathematical Bridge” at Cambridge. It is a wooden footbridge that spans the River Cam and connects two parts of Queens’ College (referred to by students as the “light side” and the“dark side”).

It has been said that bridge is “mathematical” because it is so perfectly engineered that it is the arrangement of the timbers that keeps it in place. If you removed all the bolts it would stay exactly as it is and be able to function perfectly normally. 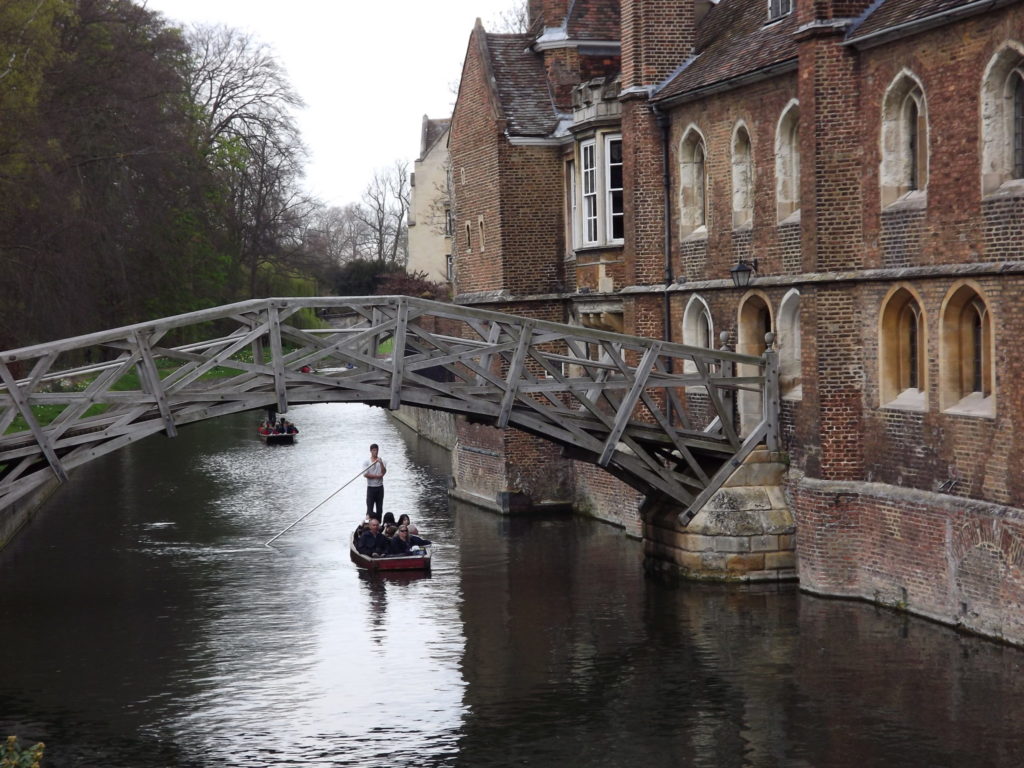 That is, however, a myth! If you took all the bolts away you would have quite a lot of timber, and maybe a few dons and undergraduates, floating down the river!

What gives the bridge its name is the fact that all the timbers are straight but it creates the impression of a curve. If you follow every section of the underside you can see how all the timbers are continuous from the stone bulwark to the handrail. The illusion of a curve would have been ever greater had more timbers been used, but this was probably as many as could be incorporated across a relatively small gap.

The bridge was originally built in 1749, and you sometimes hear people saying that it was designed by Sir Isaac Newton. However, that is unlikely given that he died in 1727!

What you see today is the second rebuilding of the bridge, dating from 1905.