From September onwards, beautiful aurorae with stunning hues often appear in the skies of Northern Europe, the North Pole, and the South Pole. Magical light strips look like thousands of soft silk bands twisted together to create a miraculous picture of mythical color.

The article will share general knowledge, ancient conceptions of aurora and popular destinations to see auroras in the world this spring. 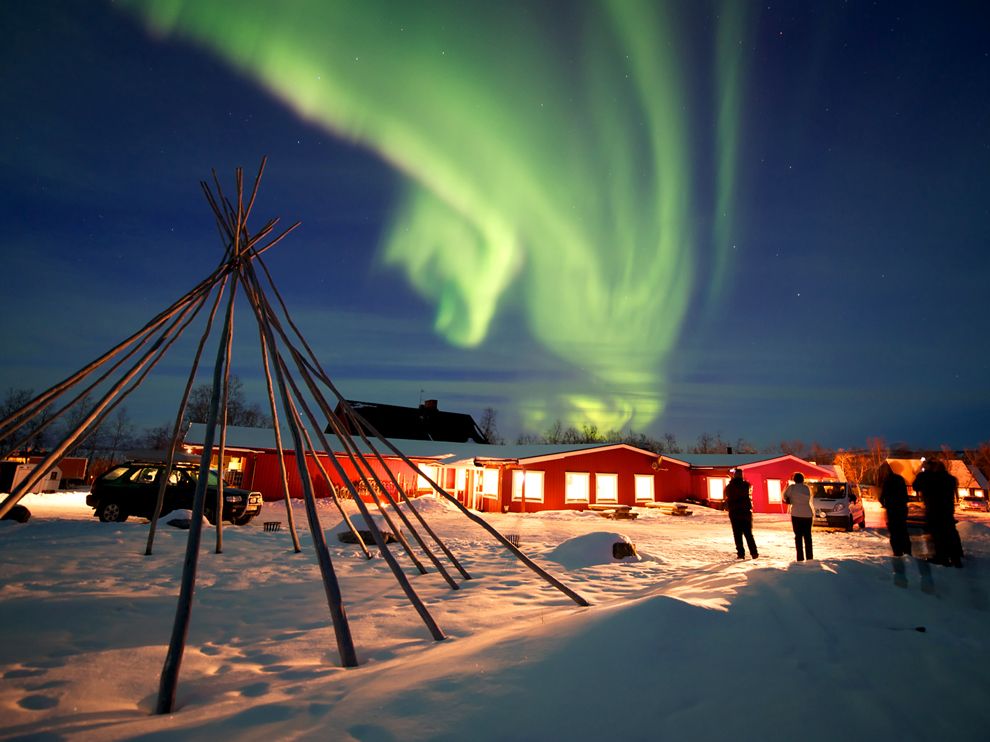 The aurora is an amazing natural phenomenon most visible in places near the polar regions of the Earth. This occurs due to the collision of particles in the solar wind and the atmosphere.

When the aurora occurs, the sky appears bands of light constantly moving and changing, looking like colored ribbons.

The aurora in the Northern Hemisphere Earth is called Aurora Borealis, while that in the southern hemisphere is Aurora Australis.

In astronomy, the aurora is a rare astronomical phenomenon. They are formed by magnetic radiation forming colorful bands of light. In the night sky, light silk ribbons are born. This breathtaking sight is very beautiful and splendid. Yet, not everywhere has auroras. Only in certain regions can you see this natural optical incident.

Of course, not only does the Earth have this aurora, but you can also see this on other planets in the Solar System such as Jupiter, Saturn, Uranus, and Neptune.

The Legend of Aurora 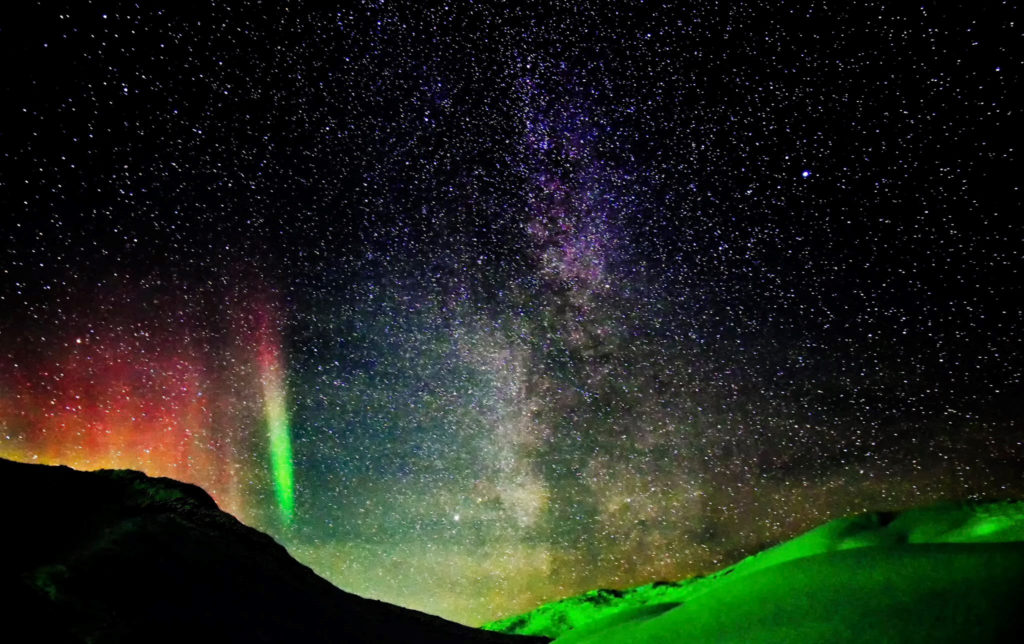 The first people to see the miraculous strip of light dancing in the sky are the Inuit. They settle near the North pole of the Earth and scatter in the Northern regions of Canada, Greenland, Alaska, and Siberia. The Inuit believed that this was the stream of light projected from the gap in the sky between the Earth and heaven.

Meanwhile, the Norse mythology said that the aurora borealis was the light emitted from the armor of the Valkyries. Valkyrie is the warrior goddess who is the aide of the great Odin and specializes in finding the bravest warriors.

In the Southern hemisphere, people regarded Aurora Australis as the dance of the gods.

Aurora in Roman mythology and Latin poetry is the name of the beautiful Dawn Goddess. However, not all legends of the aurora are positive. There are many stories about fierce wars or the harbinger of disease.

Residents of the Mediterranean and ancient Chinese cultures had assumed that dragons were born from aurora light sources.

The ancient inhabitants of the Scandinavian peninsula – the Sami people – revered and worshipped Aurora Borealis. They placed the aurorae image in the middle of the drum, believing that this was supernatural power that would solve all conflicts.

Some indigenous tribes of North America also believed that if they prayed sincerely under the aurora light, that magical strip of light would sweep the earth and take them away from the earth. When wanting to go back, just clap your hands.

It was not until the Age of Enlightenment in Europe in the 18th century that the aurora borealis stopped being a phenomenon observed with awe and reverence. Nevertheless, even in modern times, many still misunderstand the origin of the aurora. For example, some assume that the aurora is created by the reflection of light from ice sheets on the sky.

Today, with the development of science, people know that the aurora is created by the interaction between charged particles from the solar wind and the atmosphere above the planet. In spite of this scientific explanation, humans are still fascinated by the beauty of the polar light. And no matter what, these glowing ribbons are always the inspiration for the endless imagination of humankind.

Journey to Admire the Aurora

The ideal time for aurora experiences is from September to early April in 2020. The peak travel times are October, November, and February. To fully enjoy the glow of the aurora, visitors need a bit of patience to wait for this light to appear from around 11:00 PM to before 2 am the next morning.

Canada and Alaska are considered the two best places in the Arctic to catch sight of the aurora. Several other Nordic countries such as Iceland, Denmark, Finland, Norway, and Sweden are also popular thanks to their reasonable cost as well as favorable living conditions and services.

As you may know, tons of travel agencies provide discount codes on CouponUpto to minimize customer costs. This is a prestigious platform collecting and distributing the latest coupons, deals, and promo codes for consumers as the best spending method.

Needless to say, all of us have wished to admire the aurora once in a lifetime. However, travel costs act as a deterrent to our decision to pay for a tour. Therefore, many people feel extremely regretful of not being able to fulfill that wish.

Now, in this digital age, you no longer have to worry too much about the travel cost. Every purchase process is conducted smoothly and economically when you know how to hunt and use coupons on the CouponUpto site.

Especially at the beginning of the new year, travel agencies offer a lot of appealing sales campaigns, becoming a real bargain for many individuals and families.

These types of beneficial multilateral trade facilitate travel enthusiasts to explore every region on the globe. It is currently the most beautiful aurora season, so take advantage of the opportunity now. It’s both economical and effective, who doesn’t want it?

The World-famous Destinations to See the Aurora

“Aurora hunt” is a travel experience attracting thousands of tourists in recent years. Everyone wants to admire this spectacular natural phenomenon. However, you cannot predict where or when this fascinating sight appears. Here are the top travel destinations to see the gorgeous aurora.

The transparent night sky on the routes along the beach on this island is a favorable condition for you to see the aurora. Mount Kirkjufell is the most wonderful place.

Besides the aurora, Iceland is a paradise with countless scenes including glaciers, geysers, rapids, volcanoes,…

Located near the North Pole, the International Airport and Denali National Park, Fairbanks is the best aurora viewing spot in the United States. It even dedicates a weather forecast about aurora for tourists

Kiruma, the northern town of Sweden, plays as a transit station to many entertainment spots to see the aurora such as Ice Hotel, Abisko National Park, and Sami Cultural Preserve. The weather here is colder than in Norway but relatively stable.

In Lapland, Finland, Rovaniemi is considered the capital, from which visitors set out to visit the national parks where winter is covered in white. On that backdrop, the aurora appears very romantic.

Travel time: Mid-September to the end of March.