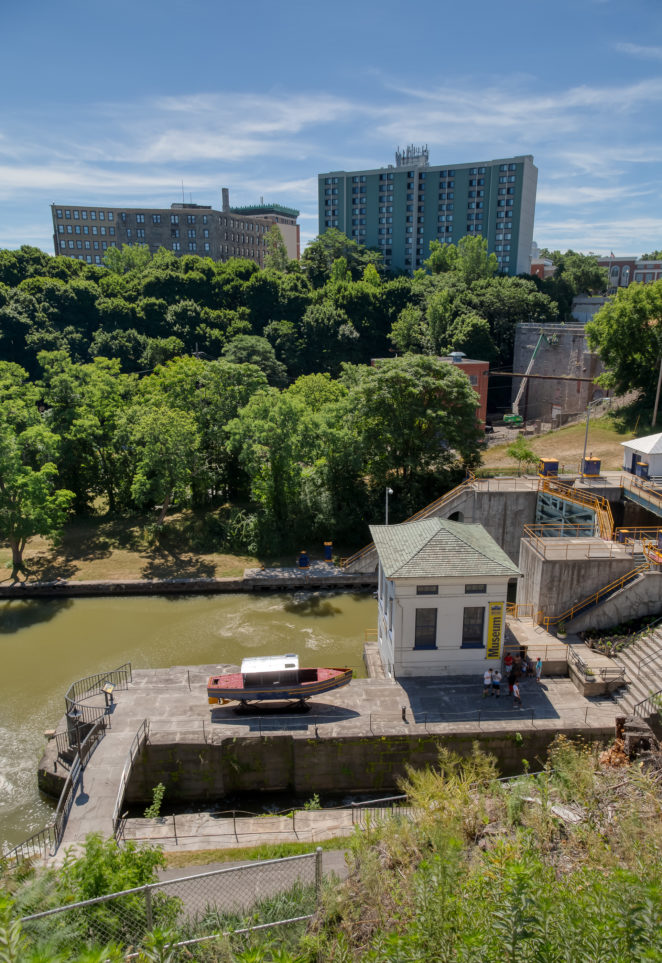 Nearby we have the great Erie Canal with all its barges and canal boats. Further West than where we live is the town of Lockport, New York. Here they had a dual system of 5 narrow locks since the 1830’s. Later on the state of New York tore out the South side of locks and made two huge tall locks that more modern and wider boats could go through. The locks take the boats way up from a lower level to a much higher level of canal over the Niagara Escarpment.  Here we are looking down and seeing the base of the Erie Canal and locks there. There is a state canal boat there made out of steel next to the canal museum.