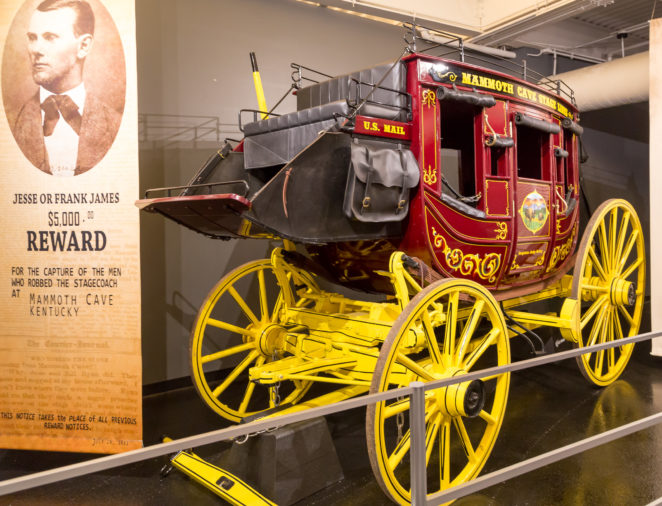 This is one of our last stops in the National Corvette Museum in Bowling Green, Kentucky.  We had formerly been to Mammoth Cave National Park nearby before coming to this museum and were totally surprised to find another non-Chevrolet display inside the Corvette Museum. Here was the actual famous StageCoach that was used by Mammoth Cave State Park and had been robbed by Frank and Jesse James back in July 26, 1881. They stole the entire employee payroll and receipts as reported by the Courier-Journal Newspaper. I had pictured all this sort of thing occurring way out in the “Wild West” not here in the East in Kentucky. Much of the Wild West was actually the fringe of the Western part of the Eastern states like Kentucky and even Buffalo, NY at one time.