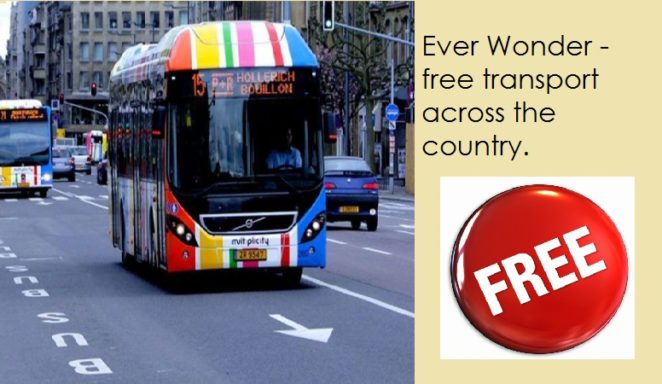 Luxembourg : The European country Luxembourg government announced free of charge for every year’s public transport for the citizens. Recently,  Zavier Beetle, holds the position of the Prime Minister for the second term, and on this occasion the coalition government has announced. That next year, the public transportation of country till June 2019 will be free.

The next year, citizen will be traveling free in train, buses and tramways without paying anything in the summer.The aim of this move is to overcome environmental change by avoiding traffic accuracy.

Luxembourg is a small country in terms of population, However, it is counted in the richest countries of the European Union, Here, 662 people of each thousand people have their vehicles, due to which traffic jams on roads and fuel use are environmentally polluted.When approximately 2 million people enter daily Luxembourg, from neighboring countries, France, Germany, Belgium, etc.