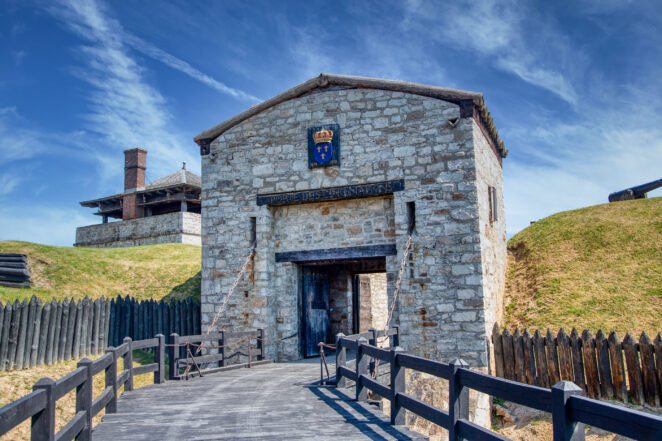 As you go into Old Fort Niagara north of Niagara Falls in Upstate ny,  you go through the gatehouse or gate entrance to the fort. Here is a massive stone structure with a door that closes up on chains like a European Castle. The beam above the doorway and shield declare it to be the French Fort “Porte Des Sinonations” 1678-1759. The fort was taken over by the British after that and after the War of 1812 was turned over to the United States.  I thought the architecture was interesting as they originally had a rounded roof supports of stone with a log roof. I wonder if the logs originally ran the other way and followed the curve? Note the stone gutters.