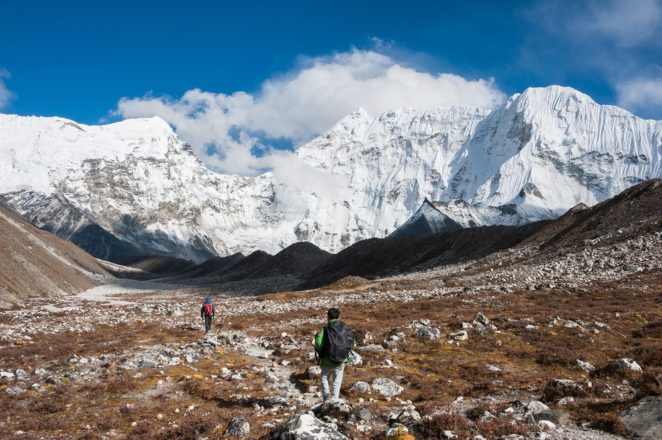 The dream to witness the might and glory of the mountains remains in the minds of many people around the world. Some are lucky enough to visit the majestic landmarks and yet some fail to enter the realms of the mighty giants in their lifetime. For centuries, mankind has immersed themselves in unfolding the rush they get when they travel to such places. And thus find the solace one can fathom after being present in such a vicinity. In this context, we will see what it takes to make it through when venturing on a journey so close to the heavens. Specifically, we will learn about the Island peak climb with context to the following features relating to the same:

Kathmandu, The Capital of Nepal

Kathmandu is the capital of Nepal and is one of the most densely populated cities in Nepal. The city is rich in diversity and culture and has the most number of tourists visiting in any season. Tourism is the main source of income for the country of Nepal, and Kathmandu alone has the most visited sites for tourists all over the world. With blissful green vegetation and is the stronghold of a majority of Hindu temples and Buddhist Monasteries, Kathmandu is a proud city being the main headway to several mountain ranges of the Himalayas. Kathmandu is also the home of the King and Queen of Nepal and is the political stronghold for the whole of Nepal. The city is a modernized version of the country and one can even embark on a massive foodie journey.

What to expect in Island Peak climb

Island peak climbing offers an excellent opportunity to climb a Himalayan Island Summit together with an exhilarating Trek to the Everest Base Camp and Kala Pattar which falls on the way to the Island peak base camp. The Island peak climb is not a technically difficult climb, but more of physically difficult climbing. This means that a climber may not have the technical know-how of climbing but needs to be physically fit before the ascent is made. Therefore it is advised that anyone venturing on this trip be sound of health and at least take proper physical training 4-5 months prior to embarking on this journey. The route that we take for this climb is on the main trail for the Everest Base Camp. therefore, the trekking route is filled with green valleys, cozy lodges and tea houses along the path, friendly people and of course, splendid view of the various mountain ranges which constitute the Great Himalayan Range. Our itinerary is prepared in such a way that it can adjust to the pace and timing of the trekkers in the group. And there will be enough time kept aside for acclimatizing to the mountain environment so that there is no problem as we make our way towards the base camp which is at a high altitude.

What we do for Island Peak climb

Island Peak climbing may be considered as a physically challenging climb, but it is not a technically challenging ascent. So do make sure your gears are checked and are in working condition to avoid any issues. There will be a briefing before we begin the journey, and do make sure everything you need is packed for the days to come. We will also have porters ready if you need assistance in carrying your luggage, and you can be assured you are in good hands as the ported are mostly sherpas of the mountain region, and they are considered to be the most friendly people on earth. Your lodging will be accommodated in certain lodges and tea houses along the path while moving along the trail. The trail falls directly on the main route for Everest Base Camp trek, so you can be assured there are plenty of cozy lodges to rest the night in. The schedule can also be changed according to the requirement and pace and time were taken by the trekking group, and there will be ample time to adjust to the mountain region as we move onto higher altitudes. This is not just kept aside for weather adjustment, but also to make sure you enjoy your time to the fullest while you are on a journey for Island Peak climb.

Where to stay when on Island Peak climb

You will come across many settlements and tea houses as you move upward. And since the trail is on the same route as the Everest Base Camp trek, the trip is through many historic places and fantastic viewpoints. The first point, however, will be Kathmandu, where you will have a day or two to rest and prepare yourself for the long journey. One day can be kept aside for sightseeing too. Then the next stop will be Lukla airport, from where your trekking journey away from civilization begins. Your first trek in the mountain region of Khumbu will take you to Phakding, a small hamlet with small scattered settlements on the bank of Dudh Koshi. We travel uphill towards the home of the Sherpas, Namche Bazaar, where a session for acclimatization is held. Namche is the capital of the Khumbu region and is inhabited by. the friendliest people on earth. After 2 days at Namche, we will head towards Deboche via Thyangboche, where you can visit the famous mountain monastery, Thyangboche Monastery. After Dingboche, we travel uphill through Dungla and amidst the fantastic view of the nearby ranges, to reach Lobuche. Then the ascent becomes steeper and rougher and we make our way to Gorak Shep from Lobuche. On the way, we will visit the Everest Base Camp too. From Gorak Shep, we take a short trip up Kala Pattar to witness the most exhilarating view of Mount Everest then make our way down to Dingboche again. We reach the primary destination of our trip from Dingboche to Island peak base camp which is a long journey. After a rest day and practice day at the base camp, we will climb the Island Peak next. Then we move back to Pangboche and retrace our steps to reach Namche once again. From Namche, we will directly take a long trek towards Lukla airport, where our flight will take us back to Kathmandu. Thus bringing your long journey of island peak trek to an end.