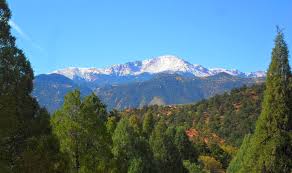 The U.S. state of Colorado had a history that includes cliff dwellers, gold miners, railroad travelers and homesteaders. Today when people hear about this state they think about outdoor activities like hiking and skiing. Colorado entered that Union on August 1, 1876, which was the year that the U.S. had its 100th birthday. It is the 38th  state and known as the Centennial State.

Early inhabitants of the state were Native Americans. The cliff dweller tribe of the Anasazi or ancient ones, They lived their lives on the mountainous stone plateau of Mesa Verde. They most likely moved on due to drought and other extreme conditions. Afterwards the French and the Spanish came to explore.

The gold boom came in 1858 and increased the population. Not only gold but other profitable minerals were found as well. More settlers came when the railroad lines opened up. Soon travelers were taking trains through the Rocky Mountains.

The state has much natural beauty and among the attractions that draw tourists are Rocky Mountain National Park and Pikes Peak.