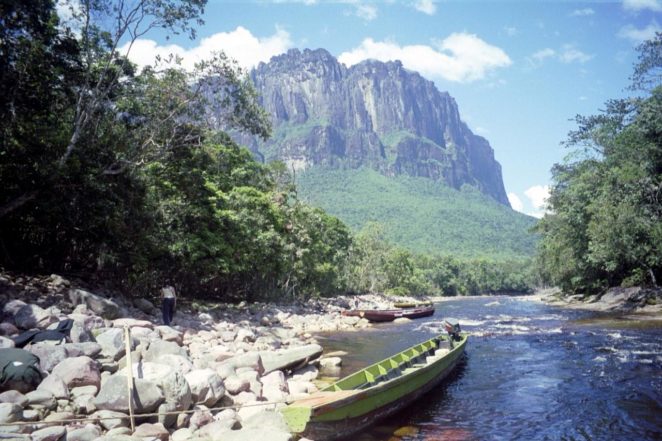 Canaima National Park extends over 30,000 square kilometres in southeastern Venezuela, bordering Guyana and Brazil. It is roughly the same size as Belgium or the American state of Maryland, and is the sixth largest national park in the world.

Some 65% of the park consists of high, flat-topped mountains (known as tepuis) that are cut by deep gorges. Rivers plunge over high cliffs in spectacular waterfalls, these including Angel Falls which, at 980 metres, is the highest waterfall in the world. 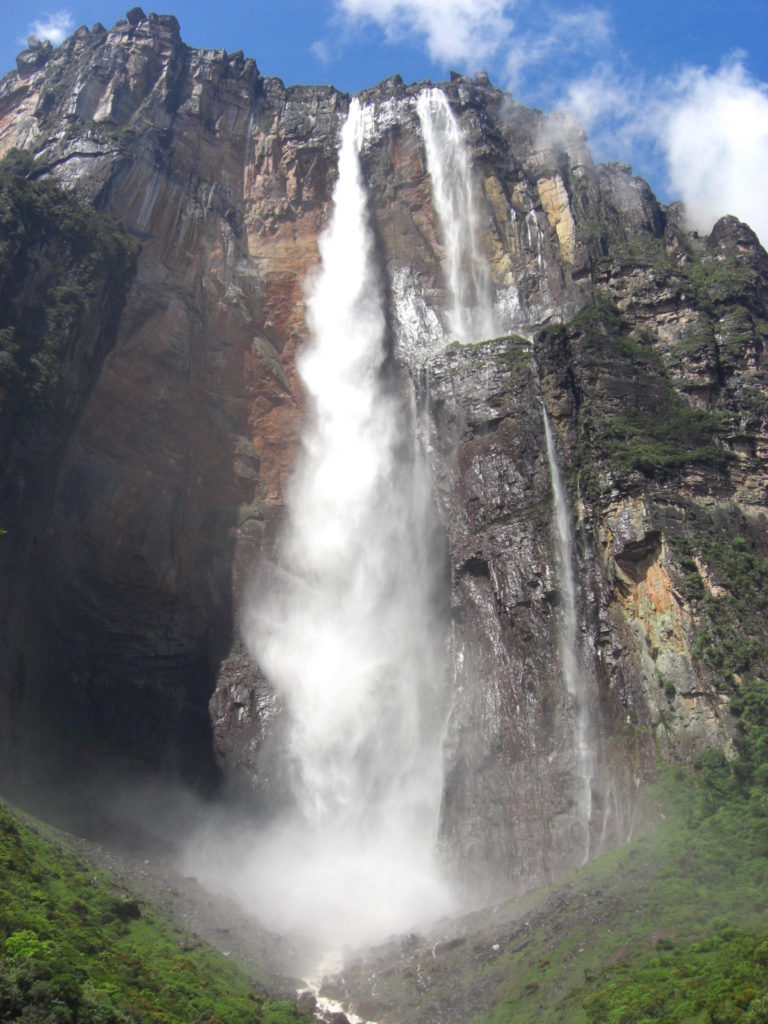 The park is not well served by roads, such that easy access for tourists is only possible on its eastern side. The western section is only accessible by air.

The park is notable not only for its geological interest but for its bird and animal life. Species that have been identified as living in the park include 550 species of bird, 118 mammals, 72 reptiles and 55 amphibians.

The area has been home to humans for around 10,000 years.The name Pemon refers to various groups of Amerindians that live here, these being related to the Caribs who gave their name to the Caribbean Sea but are now almost completely extinct from that region.

Stone tools have been found in the park that are estimated to be 9,000 years old.

Canaima National Park was established in 1962 and extended in 1975. In 1994 it was recognized by UNESCO as a World Heritage site under the categories: “Natural phenomena or beauty”, “Major stages of Earth’s history”, Significant ecological and biological processes, and “Significant natural habitat for biodiversity”.