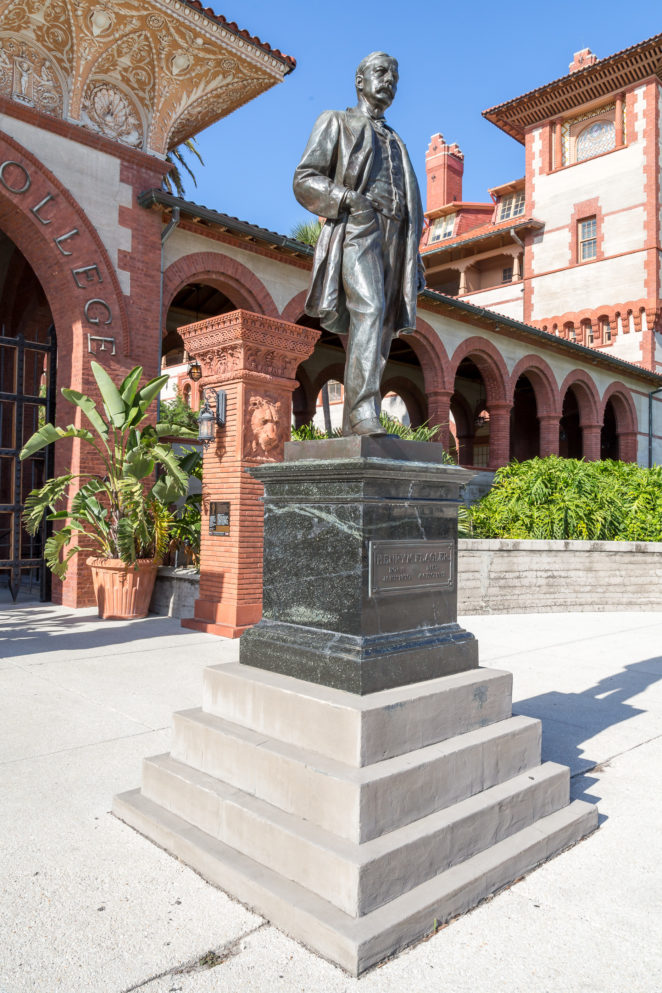 Across the street from the Lightner Museum (formerly The Hotel Alcazar) in St Augustine, Florida is the Ponce de Léon Hotel which is now Flagler College. Henry Flagler completed the Ponce de Léon in 1888 just before finishing the Hotel Alcazar. He saw the potential of tourists coming dow to Florida and built hotels and railroads. His railroads forged South to Miami and Key West and eventually drew tourists there and away from St Augustine after Miami built up. Here in front of now Flagler College is a bronze statue of Henry Flagler.