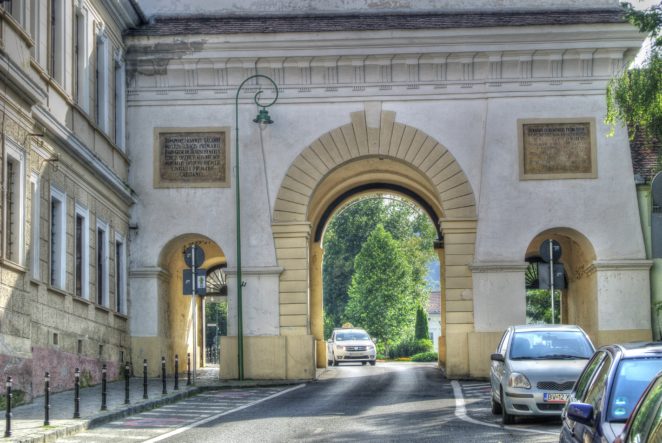 Brasov is a city in Transilvania, Romania. It is situated in the middle of my country, about 166km from Bucharest, our capital and 380 km from Blacksea. Brasov is the 7th most populous city in Romania. For many years it was hosting the Golden Stag International Music Festival. First name was Corona from Latin and than Kronstadt, German name, both means Crown City.

German colonists, invited by Hungarian kings played a decisive role in Brasov’s development. In 1211 The Teutonic Knight built Kronstadt. Germans living here were involved in trade and crafts. The city was located at the intersection of trade routes linking the Otoman Empire and Western Europe so development was continuous.

Fortifications around the city were expanded continually. In 1850 Romanians and Germans were 50/50. In 1910 were more Hungarians  than Romanians and Germans. In World War I the city was occupied by Romanian troops. In 1918 Deputies voted Transylvania to be part of Romania.The inter-war period was a time of flourishing economic and cultural life of Brasov. At the end of World war II many Germans were deported in Siberia and many emigrated in West Germany.

Nearby is Bran Castle attracting many fans of Dracula, Poiana Brasov is a ski resort, Rasnov Fortress, Prejmer Fortress. You may take a city break to visit! It is a lovely old city with many places to visit!